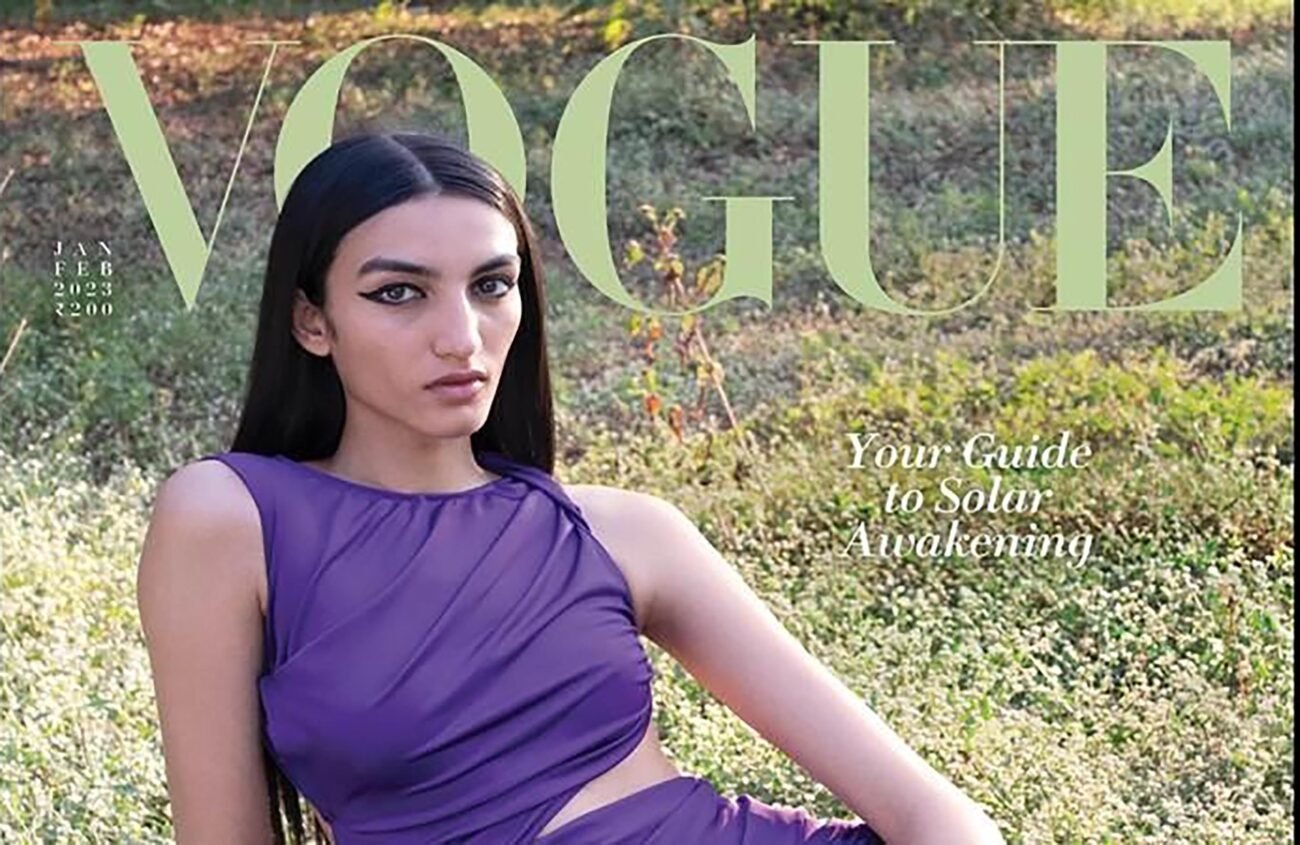 NEW DELHI, (IANS) – You’re a model from Delhi in Milan for the first time, fresh out of your teens. You’re somewhere in the sprawling, sumptuous headquarters of Versace, perhaps feeling a little out of your depth. You’ve made it through a room full of 70 other hopeful models and been approved by five gatekeepers of one of fashion’s most storied luxury houses to be booked for your first international runway. A living legend-in this case, Donatella Versace-is overseeing your fitting, ensuring the precision tailoring of the sharply cut black suit you are wearing lives up to the Versace standard. Suddenly, she flicks back her curtain of flaxen hair to look at you and, in her gravely Italian drawl says, “Do you know you’re opening the show?”

It’s the kind of fairy-tale story that model dreams are made of, one that is Avanti Nagrath’s reality. However, the 21-year-old has trouble believing it, even after almost a year on. It was then that she burst onto the international fashion scene, opening the Versace autumn/winter 2022-23 show at Milan Fashion Week on February 25. The first Indian model in history to open the Versace runway, beating out the likes of Bella Hadid and Emily Ratajkowski is Avanti Nagrath.

“It still feels like a dream when I think about it-even while I was walking the show it felt like a dream. There were so many models around, it was Bella [Hadid]. It was Gigi [Hadid], and I’m the one opening the show?” Nagrath recalls speaking from her home in Delhi.

“I told myself, ‘You can get intimidated by the big names, but just do what you do best and forget whatever else is around you.’ And because I was the first girl out, I was like, ‘If I don’t go out, the whole show is going to stop.’ So, the second they said, ‘Go!’ I put blinders on and walked.”

Growing up with her parents, her younger brother and her grandmother, Nagrath was a self-confessed “outdoor kid”, a tomboy who enjoyed nothing more than playing sports. And when she wasn’t on the basketball court, she was perpetually in front of the camera.

“My mum tells me that even when I was a kid, I loved taking photos. If there was a camera in front of me, I would pose for it. I still have pictures of myself doing the typical Bollywood pose-you know with your hip out, and your hand on your hip,” she says, with a laugh. “And then at 14, my mum and I were sitting together, and she asked, ‘Why don’t you try modeling?’ I had always loved [modeling] and looked up to models like Bella Hadid, Emily Ratajkowski, and Naomi Campbell, so I thought, why not? I took a few pictures and put them on social media and then a few agencies approached me.”

With the support of her mother, Nagrath started modeling at 15, between classes at the Modern School Barakhamba and extracurricular duties as an avid basketballer. She has also worked with the likes of Rahul Mishra, Manish Malhotra, Lovebirds, and Pankaj & Nidhi, garnering attention for her appearances at 2019’s FDCI-organized Fashion Week in Delhi.

“I learned a lot in India,” explains Nagrath. “I met so many designers and people in the industry. I figured out how the industry works, and how a runway show is. My vision was that I always wanted to be an Indian model representing India outside. I have that ambition of wanting to do something big.”

Upon graduating in 2020, Nagrath was anxious to go abroad to economics school and continue modeling, however, Covid and a vaccination mishap would ground her until January 2022 when she was able to restart conversations with her agents. She then flew to Europe and promptly booked the Versace show. For autumn/winter 2022, she would go on to walk for Bottega Veneta in Milan, The Row, Coperni and Givenchy in Paris. Since then, she has also worked for Burberry, 1017 ALYX 9SM, Jacquemus, Chanel, Ferragamo, Courreges, Hermes and Ralph Lauren, as well as the Alaia Summer 2023 lookbook, the Proenza Schouler White Label campaign and the Versace autumn/winter 2022-23 campaign.

When it comes to her off-duty style, a quick scroll through her Instagram reveals an aesthetic where racy meets tomboy: printed cargos with short tank tops, leather trousers with cropped shirts, baggy hoodies and ripped jeans amidst a strong smattering of saris. While she has begun her collection of luxury bags (the first bag she ever bought for herself was a Louis Vuitton), her footwear obsession is singular. “I love wearing Jordans the most-I love any Nike sneakers. Whenever I’m working, I’m in sneakers, in case people are like, ‘You’re too tall!’ So, I rarely wear heels.”

“I think I’m still figuring out what my actual style is. It really depends on the way I’m feeling on a particular day,” she explains. “I like to wear streetwear quite often. In Paris, I need to look chic, so I’ll wear tight jeans with a nice blazer and boots. I just love being natural, I don’t like to overdo it with my dressing. In terms of clothes, I like to experiment with up-and-coming brands and Indian labels. I love going vintage shopping too. I have this one brand called Esse Studios which I really love. I have a Siddartha Tytler skirt with me which is cool. I love Atsu, I love UpToNoGood. There are so many brands coming up in India and I really want to work with them and see what they have because it’s just nice to take them abroad with me and then have (the people I work with) see that there’s so much potential in the Indian industry in terms of fashion. So, my goal, in a wardrobe sense, is to explore the Indian market and start building my wardrobe.” 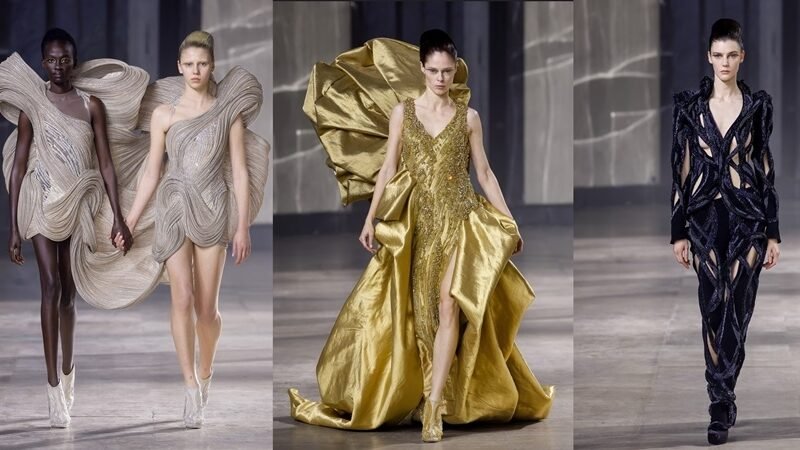 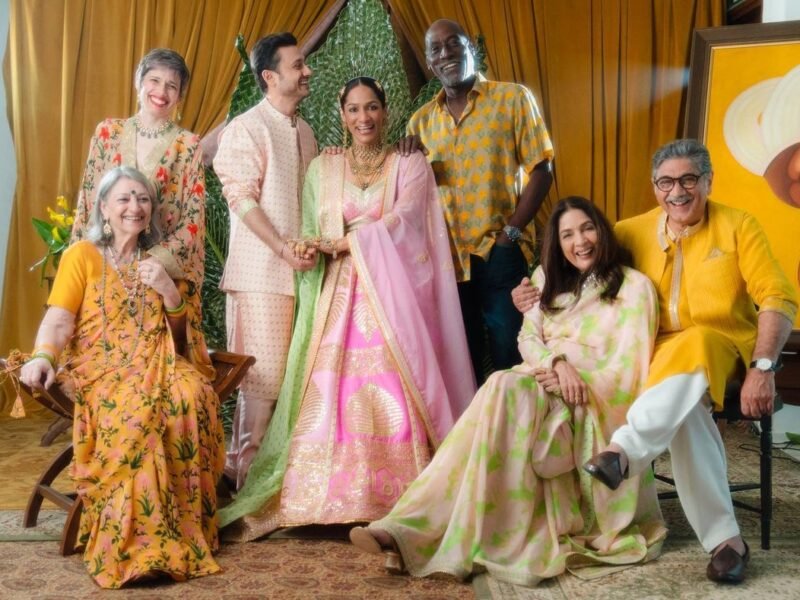