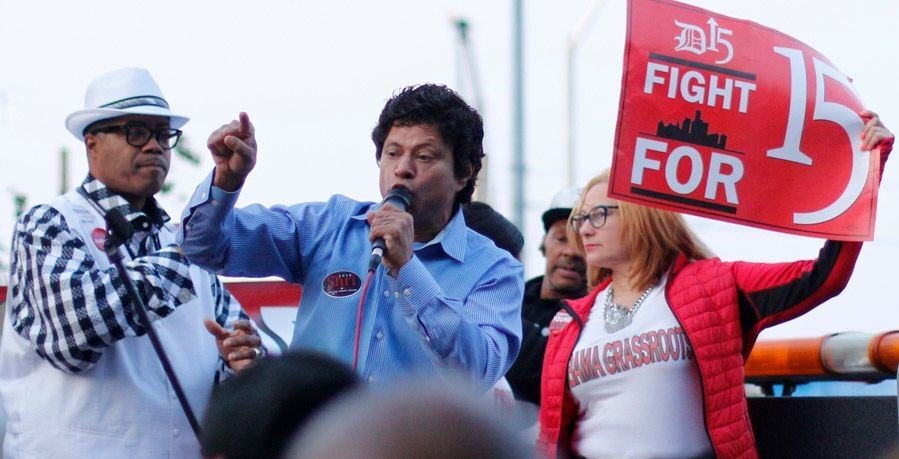 “Working for the people of Michigan in the State House is an honor and privilege. This work has strengthened my desire for public service and I am ready for higher office,” Thanedar, who unsuccessfully ran for governor of the state in 2018, said in a statement.

In the 2018 gubernatorial primary, Thanedar won the city of Detroit with more than 35,000 votes. In 2020, Thanedar defeated seven candidates to win the Democratic primary for state representative for Detroit’s 3rd district, a news release notes.

Thanedar hit the ground running as a state representative. He has a 100 percent attendance record for House sessions as well as committee meetings, the release adds.

The Indian American legislator has already succeeded at passing important legislation, a notable accomplishment for a freshman Representative. His bill, HB 5003, which brings much-needed funding for environmental monitoring, was recently signed into law by Gov. Gretchen Whitmer, the release adds.

In addition to HB 5003, Thanedar has introduced 18 bills and resolutions in the Michigan house and has co-sponsored over 200 bills, including a bill to bring $94 million to the Detroit Public Schools Community District, it said.

He is currently working on a bipartisan bill package to improve mental health services.

“I am looking for an opportunity to serve Michigan residents at the national level focusing on bringing federal dollars to the state of Michigan,” the state representative added. “My priorities in Congress would be to fight for public safety, education equity, Medicare for all, paid family leave, lower prescription drug prices, universal basic income, clean air and water, and improving quality of life for all.”

Thanedar said he is looking forward to fair and unbiased maps as the redistricting commission concludes its work by the end of 2021.

Thanedar grew up in India before immigrating to the United States in 1979 to pursue a doctorate degree in chemistry. He is a serial entrepreneur and ran many small businesses from 1990 to 2016. He is a three-time recipient of the “Entrepreneur of the Year” award from Ernst and Young.

Thanedar lives in the city of Detroit.