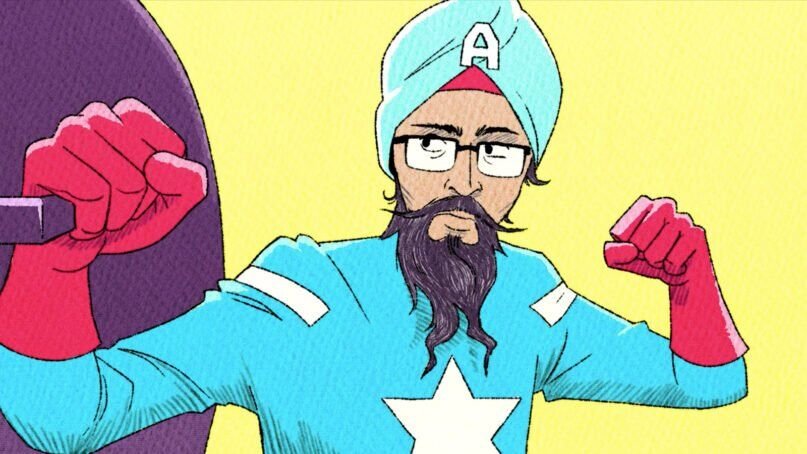 Sikhlens Sept. 16 announced the launch of an animated short film that it has executive produced.

The film, “American Sikh,” is produced by Vishavjit Singh, creator of SikhToons.com (aka Sikh Captain America), and directed by Ryan Westra, an alumnus of Chapman University and the Sikhlens program at Chapman University, the release notes.

The film captures the story of Vishavjit Singh – the struggles he faced along his life journey (including 1984 and 9/11) and the unique way he fights intolerance through the power of his art and alter-ego: Sikh Captain America, it said.

“The 9/11 terror attacks had a massive impact on communities of color in the United States, especially Sikh Americans. As we mark 20 years since the tragedy, it is more important than ever to make this story a part of the American entertainment landscape,” Sikhlens noted in its release.

Vishavjit Singh is a Sikh American cartoonist, writer, and performance artist based in New York City. He is a public speaker expounding on diversity, inclusion, storytelling and the power of art in schools, universities and companies across the nation, according to learningforjustice.org. He is also a Creative Arts and Diversity Fellow at the Washington, DC based Sikh American Legal Defense and Education Fund.