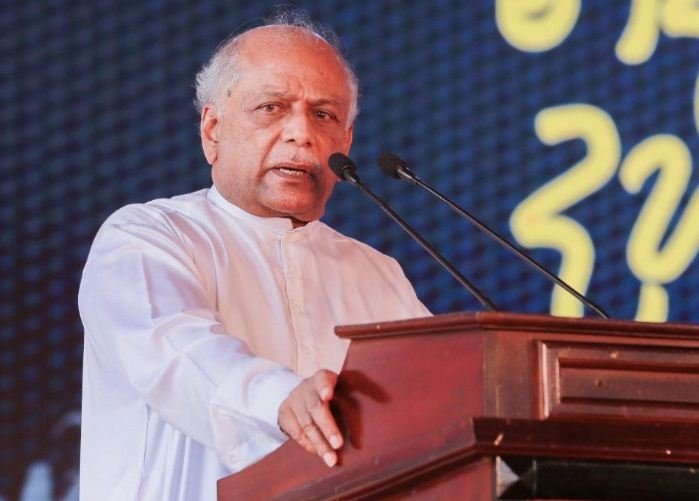 Dinesh Gunawardena was sworn in as the Prime Minister earlier in the day, and he will also hold the position of the minister of Public Administration, Home Affairs, Provincial Councils, and Local Government.

Local media have highlighted his father Don Philip Rupasinghe Gunawardena who was at the center of the anti-colonial campaign and had played a role in India’s freedom struggle.
In London, the late senior Gunawardena met with freedom fighters, Jomo Kenyatta and Jawaharlal Nehru and also worked with Krishna Menon and Nehru for the Indian League.
In 1942, he fled to India and participated in India’s struggle for freedom, however, he was caught and imprisoned. Philip Gunawardena assumed the name Gurusamy and his wife, Kusuma, joined him there. Their oldest son Indika was born in India. He was brought back to Sri Lanka in 1943 and was sentenced there to a term of six months, reported Srilanka Guardian.
Philip Gunawardena also provided the impetus to promote the Cooperative movement in India and did it in the most innovative manner. He achieved extraordinary feet by setting up and introducing the Multi-Purpose Cooperative Society system.
He traveled to the United States to study Economics at the University of Illinois.
Dinesh Gunawardena’s role in Sri Lankan politics will be critical as the country’s economy is currently facing its worst economic crisis since independence.
President Ranil Wickremesinghe’s office said that among those who took oath as Cabinet Ministers were Ali Sabry as the Minister of Foreign Affairs, Harin Fernando as the Minister of Tourism and Lands, Nalin Fernando as the Minister of Trade, Commerce and Food Security, Kanchana Wijesekera as the Minister of Power and Energy.