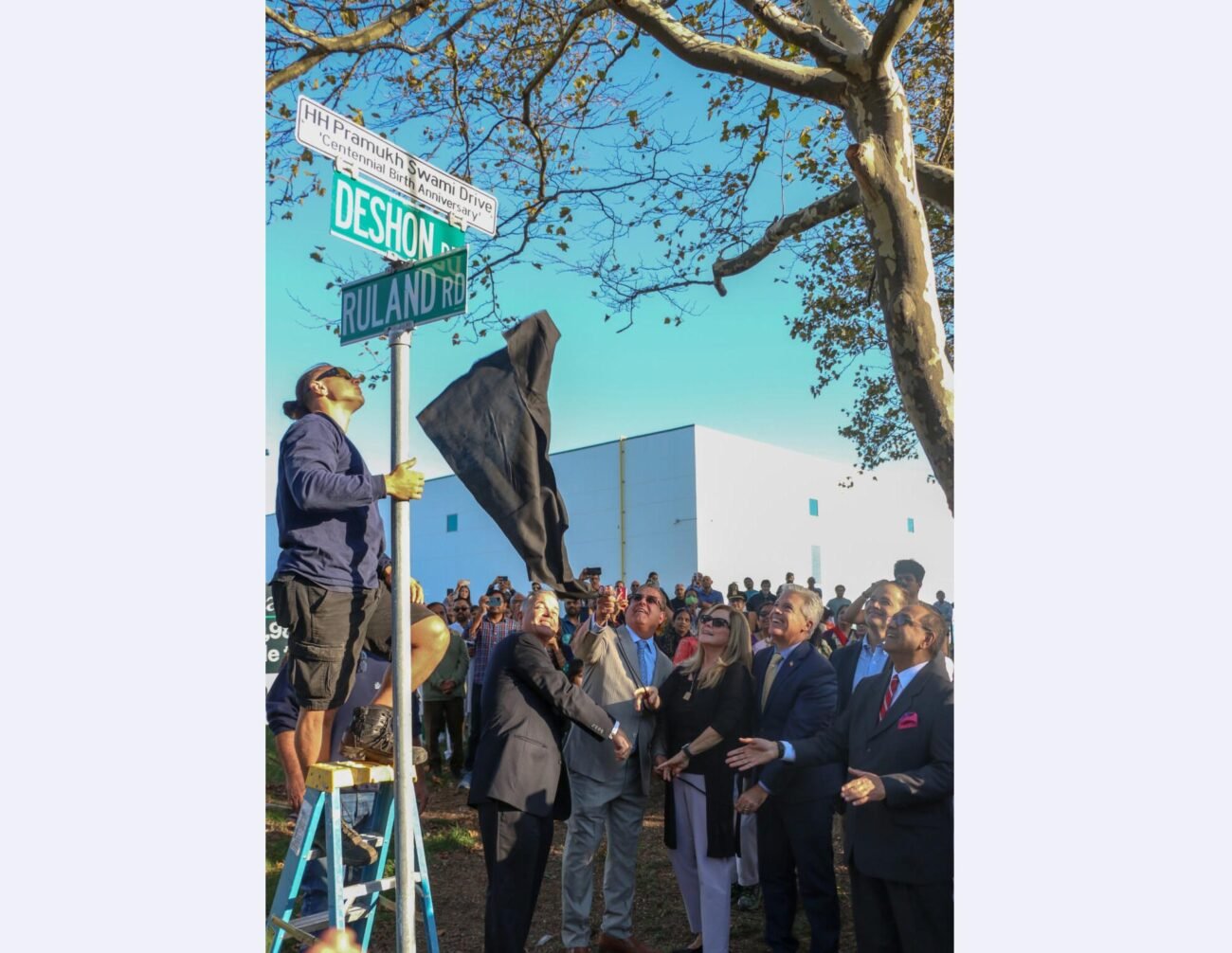 A press release from BAPS said the renaming was meant to commemorate the centennial celebrations of Pramukh Swami Maharaj, who was the inspirer of the temple located at 2 Deshon Drive.

Pramukh Swami Maharaj is credited with dedicating his life to the well-being of others, traveling throughout the world to foster love, peace, harmony, righteousness, faith in God, and service to humanity. His most important life principle was, “In the joy of others, lies our own,” BAPS said in the press release.