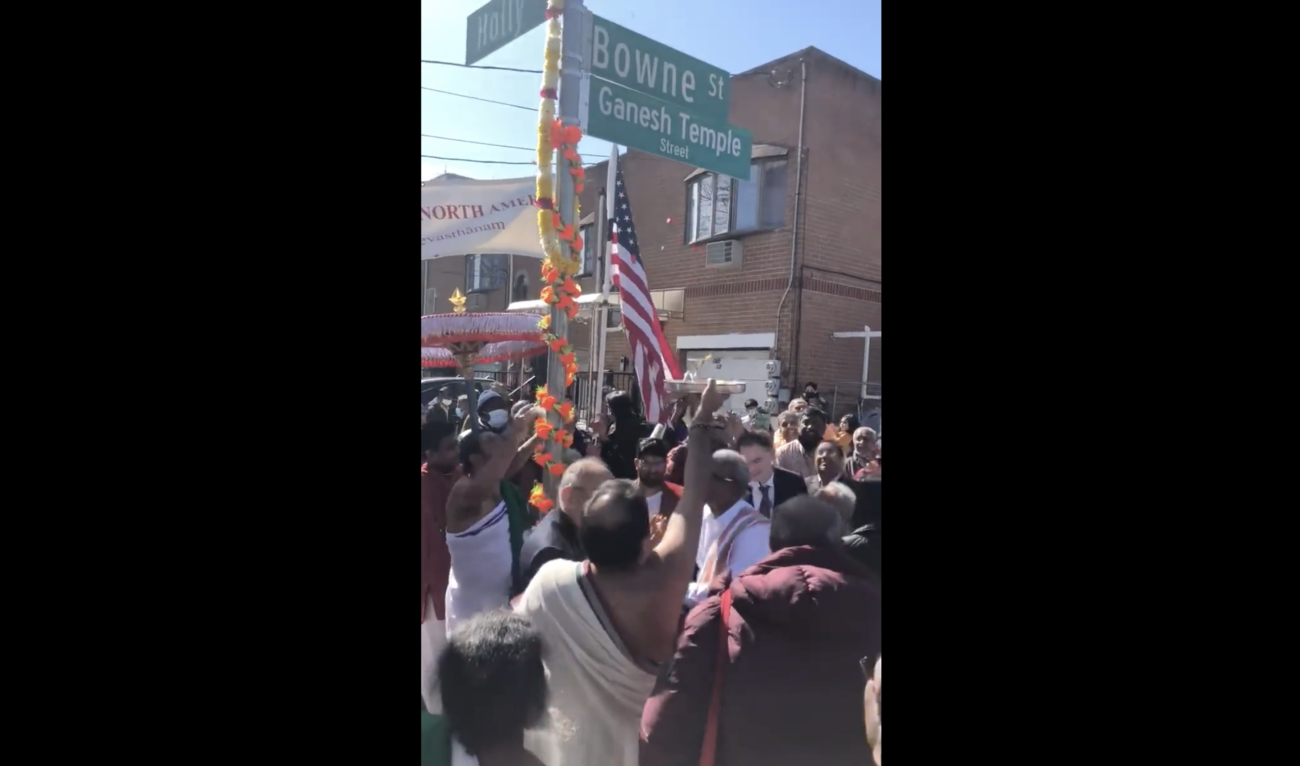 The street outside this temple in Flushing, on Apr.3, was co-named the ‘Ganesh Temple Street’ along with the existing ‘Bowne Street,’ named after the American pioneer of religious freedom and anti-slavery movement John Bowne.

Jaiswal, PTI reported, had earlier said, the renaming showed the “kind of hard work that has gone into reaching this milestone, years after years, decades after decades. It speaks so well of the Indian-American community, for all that you have done not just for yourself but bringing joy and happiness to people’s lives around you.”