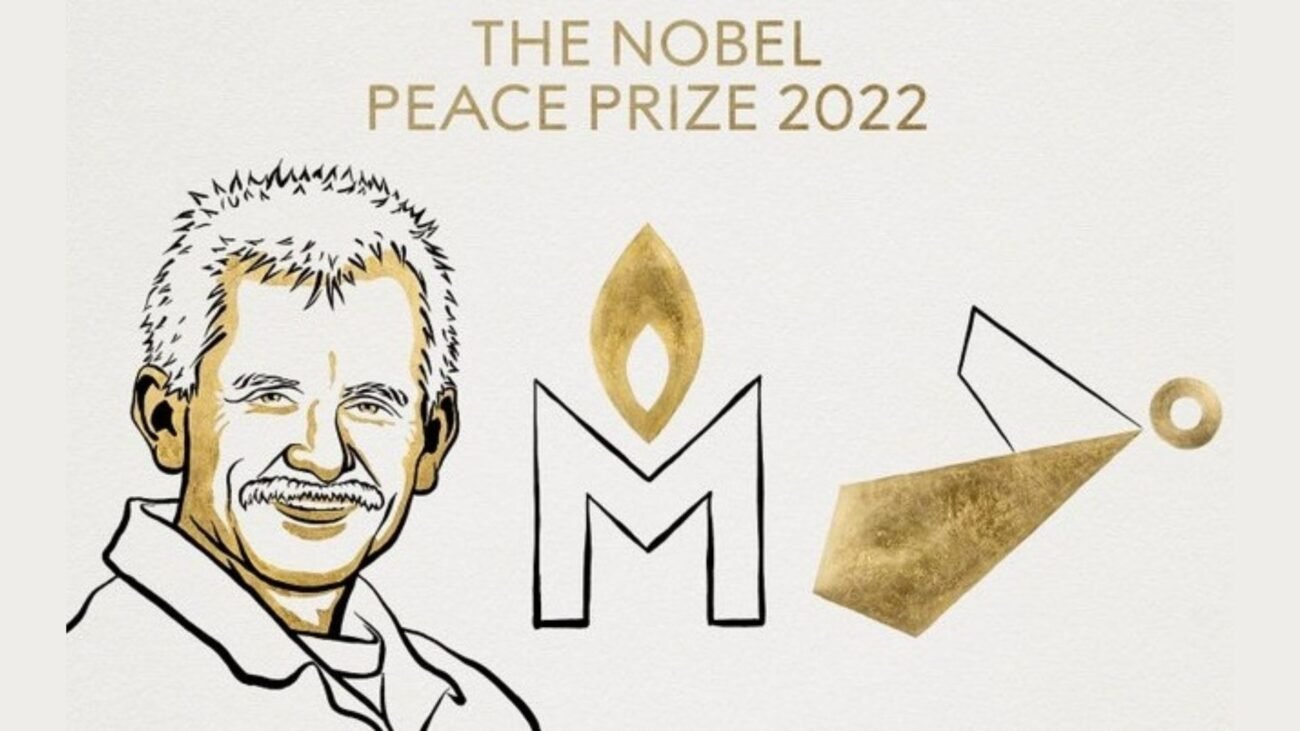 OSLO, (IANS) – The Nobel Peace Prize 2022 has been jointly awarded to Ukrainian, Russian, and Belarusian civil rights campaigners for “their consistent efforts in favor of humanist values, anti-militarism and principles of law”, the Norwegian Nobel Committee said on October 7.

According to the Committee, Bialiatski was one of the initiators of the democracy movement that emerged in Belarus in the mid-1980s. He founded the organization Viasna (Spring) in 1996 in “response to the controversial constitutional amendments that gave the president dictatorial powers and that triggered widespread demonstrations”, says the statement. Viasna provided support for the jailed demonstrators and their families. In the years that followed, Viasna evolved into a broad-based human rights organization that documented and protested the authorities’ use of torture against political prisoners.

The Committee said that Belarusian government authorities have repeatedly sought to silence Bialiatski, leading to his imprisonment from 2011 to 2014.Following large-scale demonstrations against the regime in 2020, he was again arrested.

He remains in detention without trial.

Meanwhile, Russian human rights organization Memorial was established in 1987 by human rights activists in the former Soviet Union who wanted to ensure that the victims of the communist regime’s oppression would never be forgotten. Nobel Peace Prize laureate Andrei Sakharov and human rights advocate Svetlana Gannushkina were among the founders.

After the collapse of the Soviet Union, Memorial grew to become the largest human rights organization in Russia. In addition to establishing a center of documentation on victims of the Stalinist era, Memorial compiled and systematized information on political oppression and human rights violations in Russia. Memorial became the most authoritative source of information on political prisoners in Russian detention facilities. The organization has also been standing at the forefront of efforts to combat militarism and promote human rights and government based on rule of law.

During the Chechen wars, Memorial gathered and verified information on abuses and war crimes perpetrated on the civilian population by Russian and pro-Russian forces. In 2009, the head of Memorial’s branch in Chechnya, Natalia Estemirova, was killed because of this work.

The Center for Civil Liberties was founded in Kiev in 2007 for the purpose of advancing human rights and democracy in Ukraine. It has taken a stand to strengthen Ukrainian civil society and pressure the authorities to make Ukraine a full-fledged democracy.

After Russia’s invasion of Ukraine on February 24, the Center for Civil Liberties engaged in efforts to identify and document Russian war crimes against the Ukrainian civilian population.

In collaboration with international partners, the center is playing a pioneering role with a view to holding the guilty parties accountable for their crimes.

Honoring the “three outstanding champions of human rights, democracy and peaceful co-existence in the neighbor countries Belarus, Russia and Ukraine”, the Committee said that this year’s laureates have “revitalized and honored Alfred Nobel’s vision of peace and fraternity between nations, a vision most needed in the world today”.