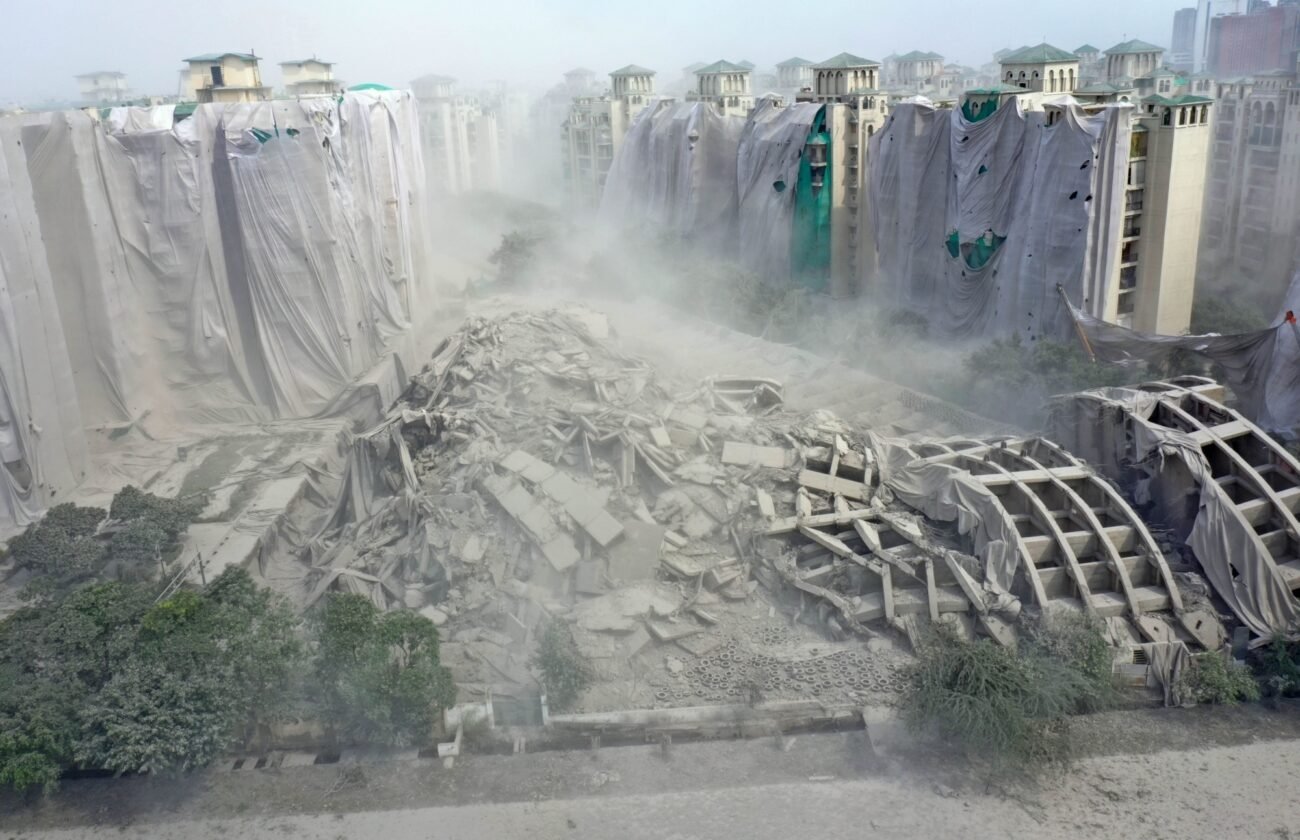 NOIDA, (IANS) – The site where the Spartech twin towers stood in Noida, before 3,700 kg of explosives brought them down in nine seconds flat on Aug 28 afternoon, looks like a war-ravaged site with a mountain of debris of cement, ash and other materials lying there.

There have been some reports of window and wall damages in the neighboring society in the wake of the demolition, Noida CEO Ritu Maheshwari said. Around 10 meters of the boundary wall of neighboring ATS Society has been damaged and some glass windows were shattered after being hit by the debris. No other information of damage from anywhere has been received yet, she added.

However, the other adjoining society, Supertech Emerald has not suffered any damages.