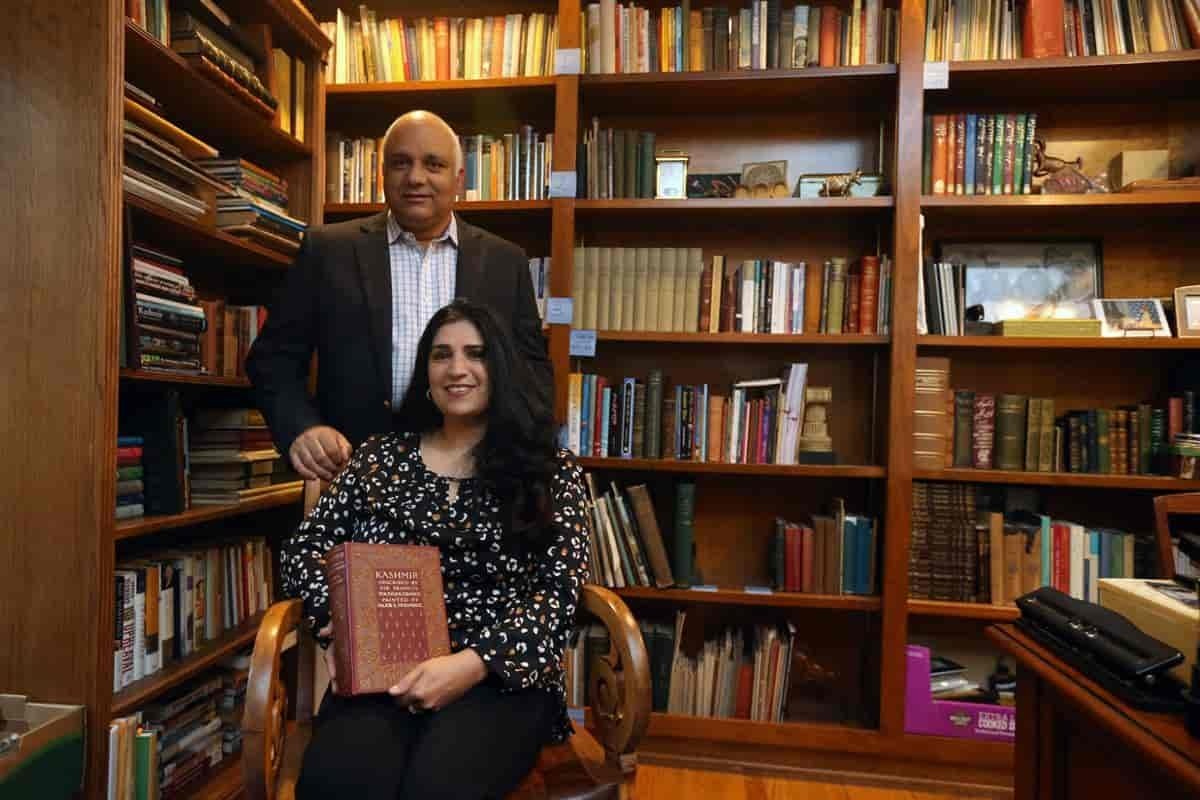 NIAGARA FALLS, NY (IANS) – The dream project of a Kashmiri doctor couple, Khurshid Ahmad Guru and Lubna Guru, to set up a Kashmiri Museum abroad that was envisioned in 2020 has finally become a reality.

In the backdrop of the picturesque yet roaring Niagara Falls, the world’s first overseas museum of Kashmiri culture and arts has been set up by the couple.

Khurshid Guru told reporters that over 12 million people visit Niagara Falls each year and even if a small percentage of them visit the museum, his dream will bear fruit.

Khurshid has named the museum as ‘Centre for Kashmir’. It includes several Kashmiri artefacts depicting the culture, history, and art of the region.

The passion of the Kashmiri doctor bears its origin in the brutal assassination of his father, renowned cardiologist Abdul Ahad Guru, who was killed on April 1, 1993, in Srinagar.

Khurshid is a senior robotic oncologic surgeon and heads the urology department of Roswell Park comprehensive cancer center at Buffalo. He has been working there along with his pediatrician wife, Lubna, for the last 17 years.

The couple has assembled 1,500 rare books on Kashmir besides artifacts, which is said to be the biggest collection on Kashmir outside the Valley. The items planned to be displayed include paintings, out-of-print books, and Kashmiri handicrafts, including shawls, rugs, wood carvings, and other items.

In 2020, the center purchased the former First Church of Christ Scientist on Park Place. The church had been built in 1917 in the Gothic Revival style by the First Society of Christian Scientists of Niagara Falls that existed since July 26, 1903. The center acquired the property for $200,000 from its owner, Michael Suszek; spent $1.25 million on construction and renovation, another $250,000 on furniture and equipment, and $300,000 for other costs.

Since costs have shot up post Covid-19, the couple is raising funds from patrons of Kashmiri culture and art.

They are also planning to buy two additional houses to provide residential space to visiting Kashmiri artists, scholars, and contributors.

The center hopes that it can run on its own as a business operation, with ticket sales and annual memberships covering the operational costs.