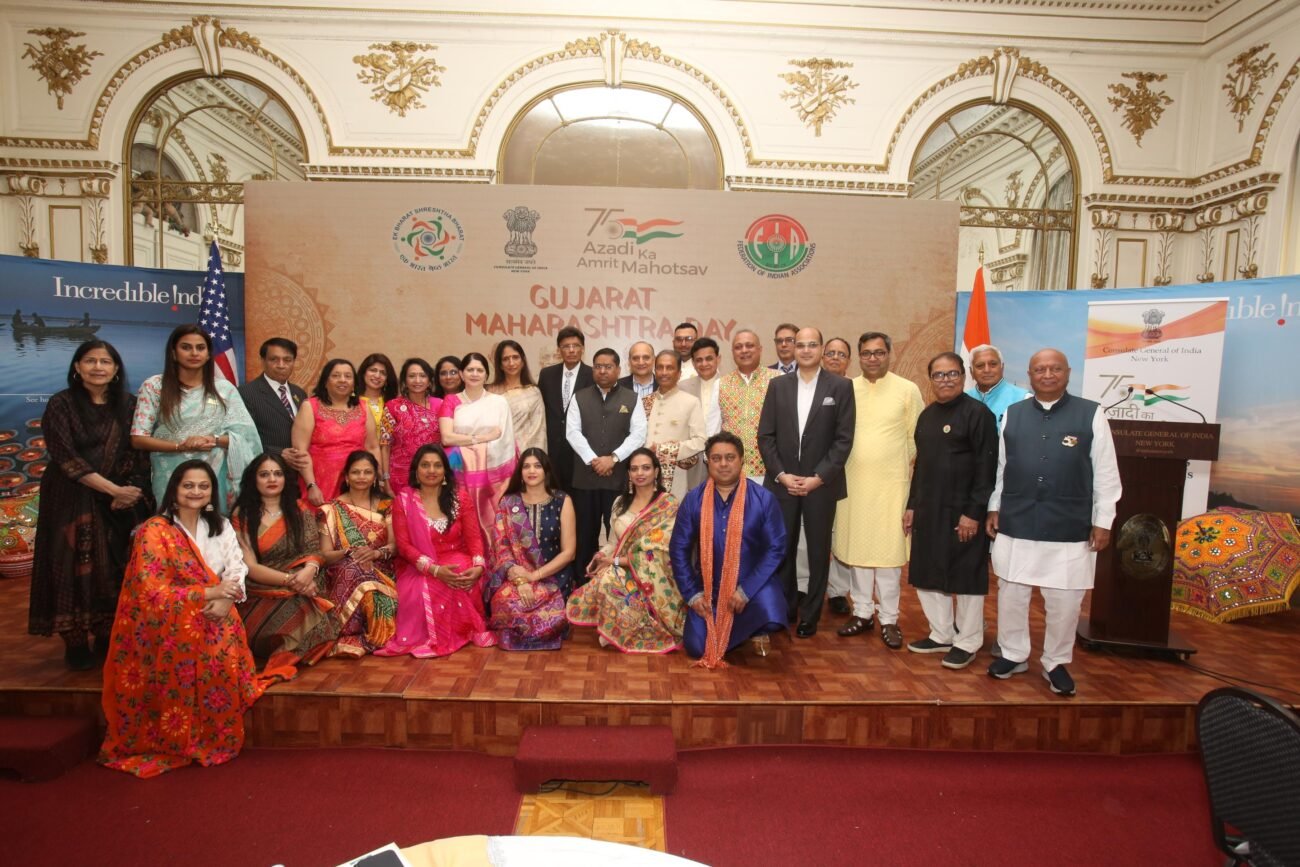 NEW YORK, NY – At an event organized jointly by the Federation of Indian Associations of NY-NJ-CT and the Consulate General of India, New York, members of the Indian American community came together to celebrate the formation, in 1960, the formation of the state of Maharashtra and Gujarat.

On May 1, the Indian Consulate in New York was the scene of music, dance, and celebratory speeches. The event was yet another one held as part of the Indian government initiative, ‘Azadi Ka Amrit Mahotsav’ marking India’s 75 years of freedom. 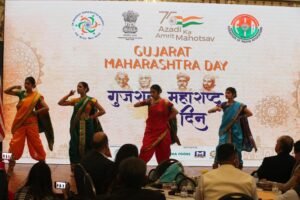 Consul General Randhir Jaswal, hailed the dynamism and entrepreneurial capabilities of people from both states. Sam Joshi, Mayor of Edison spoke about his vision to have a satellite office of IIT India in his city. FIA president Kenny Desai listed historical and contemporary figures from both states and their contributions to India; FIA Chairman Ankur Vaidya happy with the event, said it was important to engage other Indian groups and have similar, combined, events.

The chief guests were actress, director, and Kathak exponent Archana Joglekar, and Kaajal Oza Vaidya, authorand motivational speaker. They, along with several other invited guests, spoke on the occasion.

The well attended event saw cultural presentations from both the states with the Garbha of Gujarat and Laavani of Maharashtra being particularly enjoyed.