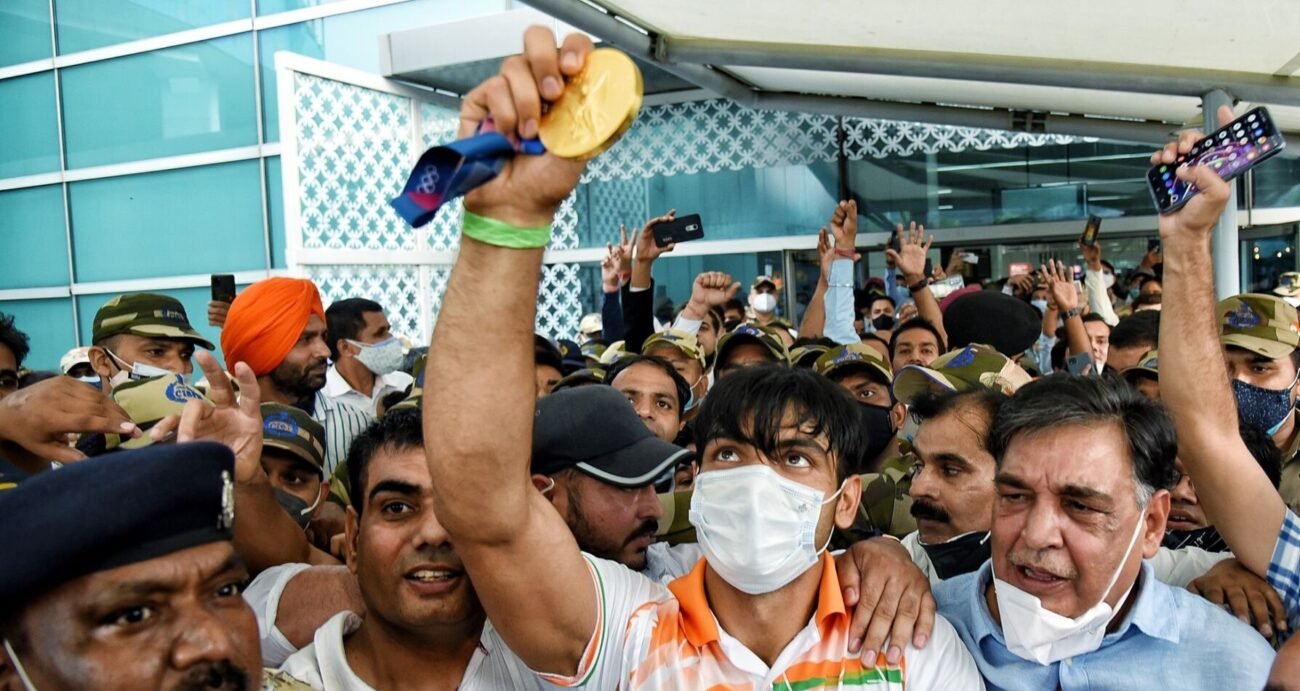 NEW DELHI — Olympic gold medalist Neeraj Chopra was given a rousing welcome as he arrived home in India Aug. 9 after winning the men’s javelin event in Tokyo and securing the country’s first-ever athletics gold.

In a cricket-mad country, Chopra’s Olympic win was seen as a triumph for the nation of nearly 1.4 billion people, catapulting the 23-year-old to stardom.

Hundreds of people gathered at New Delhi’s Indira Gandhi International Airport to greet Chopra, who gave the V-for-victory sign as he looked over the crowd.

“I feel very happy that I am getting so much respect from the people,” Chopra said.

A nationwide celebration erupted the moment he won the gold medal on Aug. 7. Rewards started flowing for Chopra, with several state governments and private organizations honoring him for his achievement.

Chopra, the son of a farmer, won the javelin title with a personal-best throw of 87.58 meters. His gold was India’s seventh medal in Tokyo, its best-ever Olympic showing and surpassing the six it won in London in 2012.

Chopra is the second Indian to win an individual gold medal at the Olympics after sport shooter Abhinav Bindra won gold at the 2008 Olympics in Beijing.