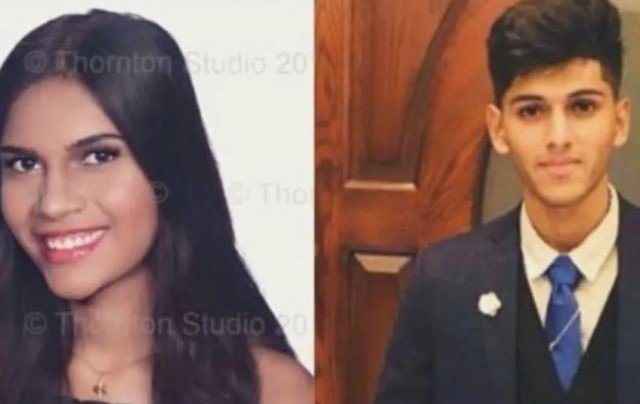 PASSAIC, N.J. — Two bodies found in the Passaic River this week have been identified as two friends who went missing amid torrential flooding caused by Hurricane Ida, moving the storm’s death toll in the Garden State to 29.

Nidhi Rana, 18, and Ayush Rana, 21, were last seen around 9:30 p.m. on Sept. 1 when their car began floating toward a spot where the water flows underground toward the river. The vehicle was later found in the same area of Passaic, a few blocks away from the river.

A massive search was soon launched for the pair and continued for several days.

Nidhi Rana’s body was found in the river on Sept. 8 in Kearny, while Ayush Rana’s body was recovered on Sept. 9 in the water in Newark, near the Kearny border. Their identities were confirmed Sept. 10 afternoon by the state Regional Medical Examiner’s Office.

The remnants of Hurricane Ida killed at least 50 people in six Eastern states after it brought historic rain that led to deadly flooding and sudden storm waters.

Earlier, Passaic Mayor Hector Lora said that a dozen search boats were taking part in the search with the aid of a state police air unit.

Gov. Phil Murphy said Sept. 4 at least four people remained missing following what he called a “historic” storm. He said he had already sought federal assistance and would continue to ask for more “because we need it.”

India-West Staff Reporter adds: According to northjersey.com, Ayush Rana had just transferred to Montclair State University while Nidhi Rana was a student at Seton Hall University.