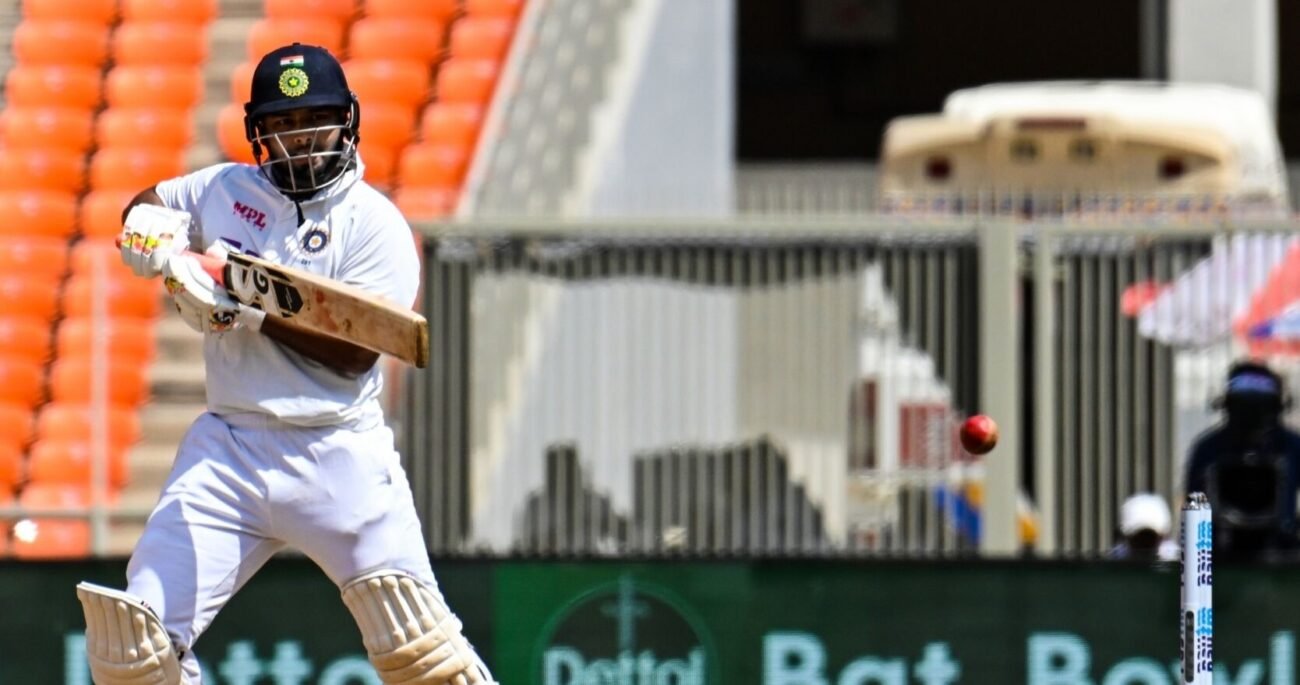 India’s Rishabh Pant plays a shot during the fourth test match between India and England at the Narendra Modi Stadium in Ahmedabad March 5. (photo via IANS)

AHMEDABAD, India — A remarkable century from Rishabh Pant put India firmly in control on the second day of the fourth and final test against England on March 5.

The 23-year-old wicketkeeper-batsman bludgeoned his way to a third test century, scoring 101 off 118 balls and sharing a potentially match-winning stand of 113 for the seventh wicket with Washington Sundar (60 not out) to help India reach 294-7 at stumps, a first-innings lead of 89 runs.

Some powerful hitting in the last session, particularly from Pant, pushed the home team closer to the win or draw it needs to qualify for the final of the world test championship against New Zealand in June.

Pant played a series of audacious strokes to take the game away from England, including a reverse lap shot off paceman James Anderson that went for four over the slips and will long stay in the memory of an excited Indian crowd.

Sundar twice survived lbw referrals to remain unbeaten at stumps, with Axar Patel not out on 11.

Earlier, England shrugged off the stifling heat to fight its way back into the match with Anderson (3-40) and Ben Stokes (2-73) prompting India to slide to 146-6.

But Pant then cut loose against Anderson and an exhausted Stokes, especially when the tourists took the new ball after tea.

The left-hander Pant completed his second fifty off only 33 deliveries and raised his century with a spectacular six over mid-wicket off Joe Root’s off-spin.

Pant hit a total of 13 fours and two sixes before he finally fell in Anderson’s third over with the second new ball when he pulled the ball hard to Root at mid-wicket.

Anderson performed admirably earlier to pin down India’s top order, giving away only 19 runs in 17 disciplined overs, while Stokes had the captain Virat Kohli caught behind for an eight-ball duck.

It meant Kohli was dismissed without scoring twice in a series for only the second time in his career.

Stokes also denied Rohit Sharma (49) a half-century when he trapped him lbw after lunch.

The all-rounder Stokes then held on to a sharp catch in the last over before lunch to remove Ajinkya Rahane for 27 in a session dominated by England.