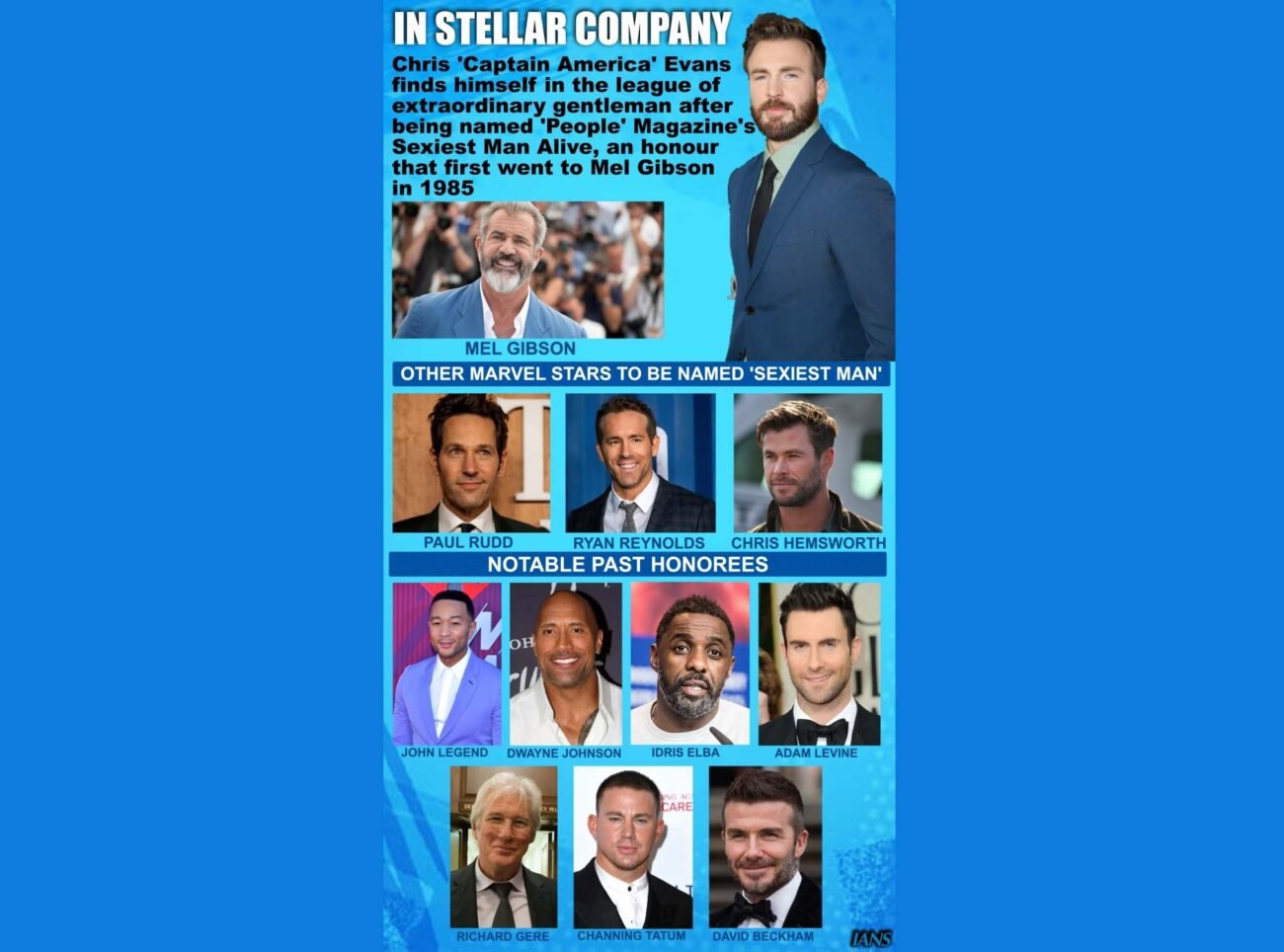 LOS ANGELES, CA (IANS) – Hollywood star Chris Evans, who is known for his portrayal of ‘Captain America’ in Marvel Cinematic Universe, has been named the ‘Sexiest Man Alive’ for 2022 by People magazine.

Reacting, he said that this news will delight at least one person – his mother. The actor said: “My mom will be so happy. She’s proud of everything I do but this is something she can really brag about.”

Evans’ career has been on fire for the last decade. This year alone, he starred in Pixar’s ‘Lightyear’, Netflix’s ‘Gray Man’ and filmed three new movies, including 2023’s ‘Ghosted’ for Apple TV+ which he is also producing.

According to People, he also co-runs ‘A Starting Point’, the civic engagement platform he launched in 2020.

Now in his 40s, Evans is trying to prioritize a healthy work-life balance and spending as much time as possible at home and with his family in Boston.

“When it comes to seeking out the people I play, it’s more of an issue of where the movie is shot,” he told People. “I’m too old to be living out of a suitcase for six months and I’ve settled into a nicer phase where I’m just happy being at home.”

People further stated that he’s also thinking a lot more about his future outside of acting – one that includes marriage and fatherhood.

“That’s absolutely something I want,” he said, adding: “Some things you want just for you, or just for my family and my friends.”