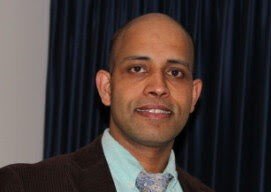 An Indian American political activist and community organizer, Sibu Nair, has been appointed as the deputy director for Asian American Affairs for New York state by Governor Kathy Hochul.

“Personally, this is a great honor for me, my family, my friends and my community,” said Nair, a clinical trial administrator at the University at Buffalo, Department of Medicine, in a Facebook post.

“I look forward to serve the first female Governor of NY and work with the awesome people from the Executive chamber,” he wrote.

“I promise that I will try my best to serve the Asian Americans across Western NY! I know I can always count on my people and your wishes are always with me,” added Nair, who started working in the state’s capital Albany on Nov. 8.

Nair currently works as the executive director of the Council of Heritage and Arts of India. Previously, he has served on the Board of Directors of the India Association of Buffalo, New York.