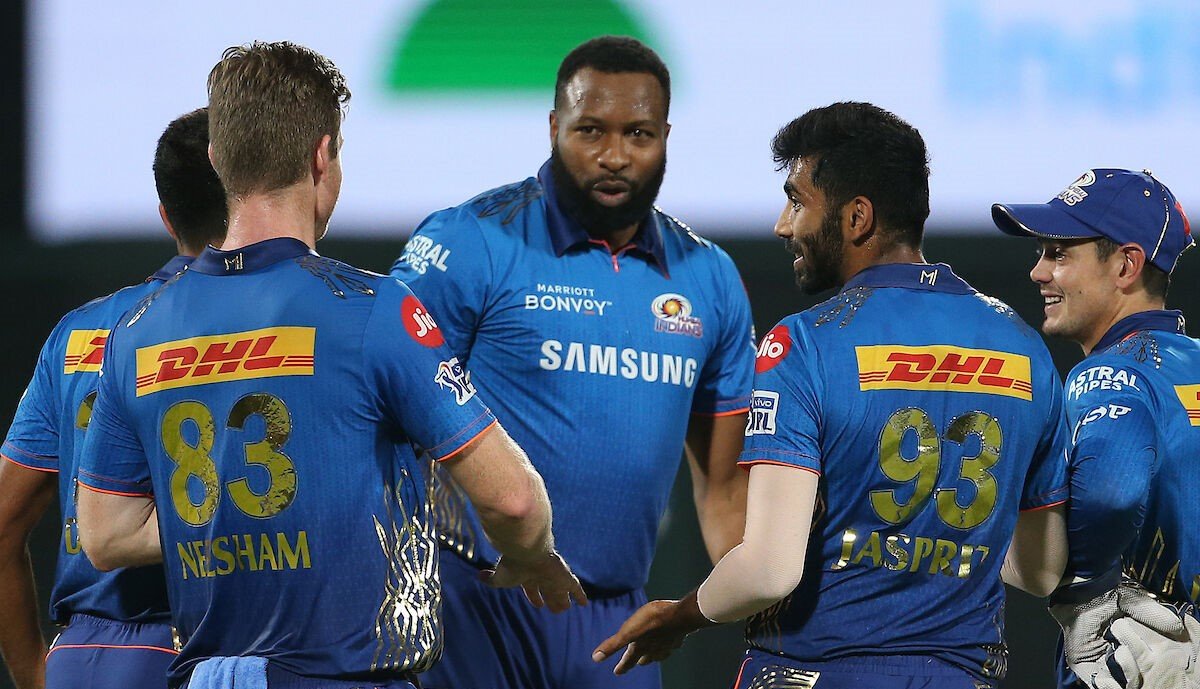 NEW DELHI — A thrilling onslaught by Kieron Pollard spearheaded Mumbai Indians chasing down 218 by Chennai Super Kings and winning their Indian Premier League showdown by four wickets on May 1.

Pollard is one of the world’s best Twenty20 players but he had yet to fire in this IPL. He enhanced his reputation by smashing a 17-ball fifty and 87 not out from 34 balls, smoking eight sixes and six boundaries.

He scored the last 17 runs to get Mumbai to the astounding victory on the last ball.

Mumbai made 219-6 in reply to Chennai’s mighty 218-4, ending Chennai’s five-match winning streak. Chennai stayed on top of the table while Mumbai, the two-time defending champion, was fourth.

“Probably one of the best T20 games that I’ve been part of,” Mumbai captain Rohit Sharma said. “One of the best innings also you can say from Polly.”

Pollard had to restart Mumbai’s innings after they lost three wickets in three overs, ending a strong start by Sharma and Quinton de Kock.

Pollard pumped himself up by blasting three sixes against spinner Ravindra Jadeja in an over, and combined well with the Pandya brothers – Krunal then Hardik – to give Mumbai a chance.

It came down to 16 needed off the last over bowled by Lungi Ngidi, and Pollard kept the strike from new batsman Dhawal Kulkarni. Pollard hit consecutive boundaries and a six over the square leg fence to reduce the ask to two runs off the last ball. Ngidi threw a good fast ball into the blockhole outside off stump, and Pollard blocked it back past the bowler with time to run two.

Mumbai had lived off its bowlers in its previous three wins, but jettisoned Nathan Coulter-Nile and Jayant Yadav for Kulkarni and Jimmy Neesham. The changes didn’t work.

Chennai got away to a great start thanks to Moeen Ali’s 58 off 36 balls and Faf du Plessis’ 50 off 28. Suresh Raina’s 200th IPL appearance – the fourth man to the milestone – was spoiled by Pollard who dismissed him for 2.

Chennai got a late charge from Ambati Rayudu, whose 72 not out from 27 balls, including seven sixes, ensured pacer Jasprit Bumrah conceded his worst IPL figures of 1-56. Rayudu hit Kulkarni and Trent Boult for a pair of sixes in an over each, and took 11 off Kulkarni in the last over.