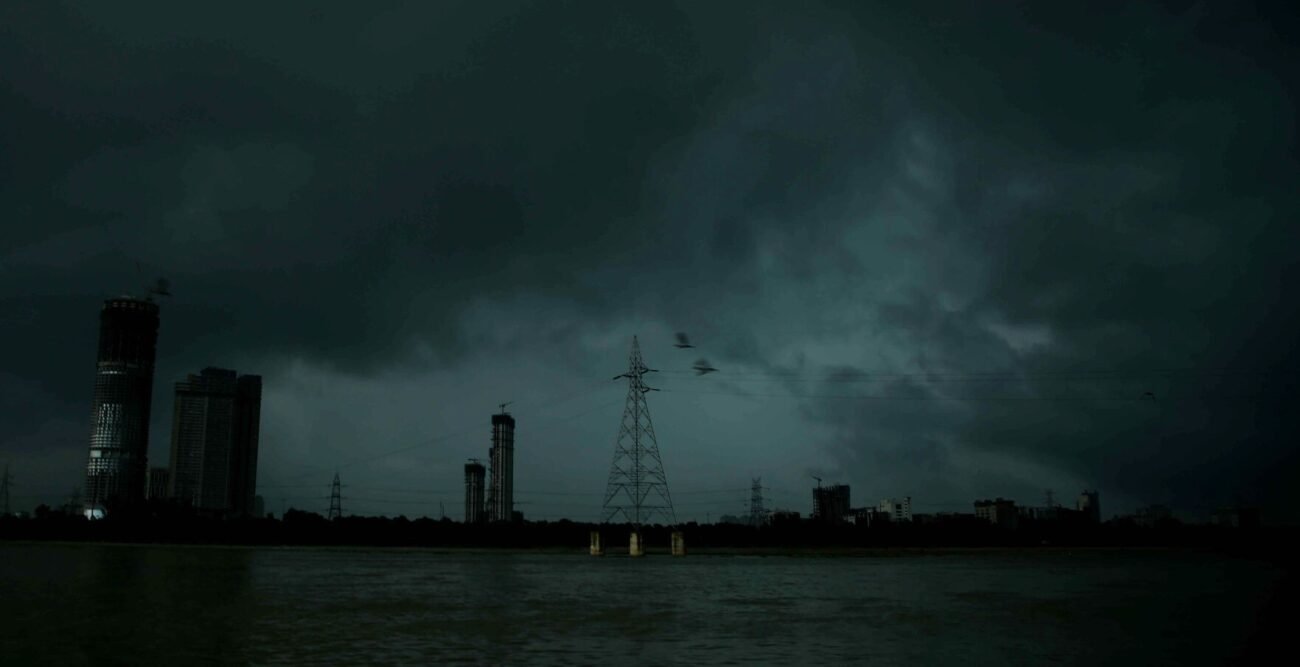 Black clouds hovering in the sky during the monsoon season, in New Delhi on Sept. 13. (ANI photo)

The state’s Health Minister Jai Pratap Singh told The Associated Press that most cases were caused by dengue, a seasonal viral infection spread by mosquitoes, followed by leptospirosis, scrub typhus, and malaria.

Leptospirosis and scrub typhus are bacterial infections, while malaria is a mosquito-borne disease caused by a parasite. They typically spike after the rainy season in India.

Singh said the dengue cases were due to a virulent strain called “D2,” which has been detected in some of the state’s districts in a sample survey carried out by a team of the Indian Council of Medical Research.

“This is a different strain as compared to the regular strain of dengue and there is a need to be careful,” he said.

Dengue, also called the “breakbone fever” for the severe pain it causes, isn’t always fatal, but severe cases may require hospitalization. It can lead to internal bleeding, liver enlargement, circulatory shutdown and death.

Prevention efforts targeted at destroying mosquito-breeding sites, like removing trash or old tires and other objects containing standing water, are still the best ways to curb the spread of the disease, according to health experts.

Utkarsh Singh, a senior health official in Uttar Pradesh state’s Firozabad, said the district’s main hospital has recorded more than 1,200 cases of fever linked to the outbreak since Aug. 30, prompting authorities to use hospital facilities that were reserved for COVID-19 cases. He said patients, most of them children, were suffering from high body temperature and bouts of shivering.

“We do not have enough beds to keep them. We are forced to accommodate three to four children on one bed,” said Singh.

The health system in Lucknow, the state capital, is also buckling as a surge in cases has put pressure on hospitals there.

The city has so far reported over 1,500 cases of fever linked to the outbreak after authorities started conducting door-to-door surveillance last week.

“The viral fever has spread like a wildfire across the state,” said Mehtab Alam of the Raza Husain Memorial Charitable Society, a non-profit health care organization.

Authorities are scrambling resources to control the outbreak.

Ved Vrat Singh, the state’s top health official, said makeshift clinics equipped with malaria kits are being set up in villages where people had been reported sick. He said mosquito control vehicles are also being deployed to fumigate areas at risk and people have been advised not to allow stagnation of water.