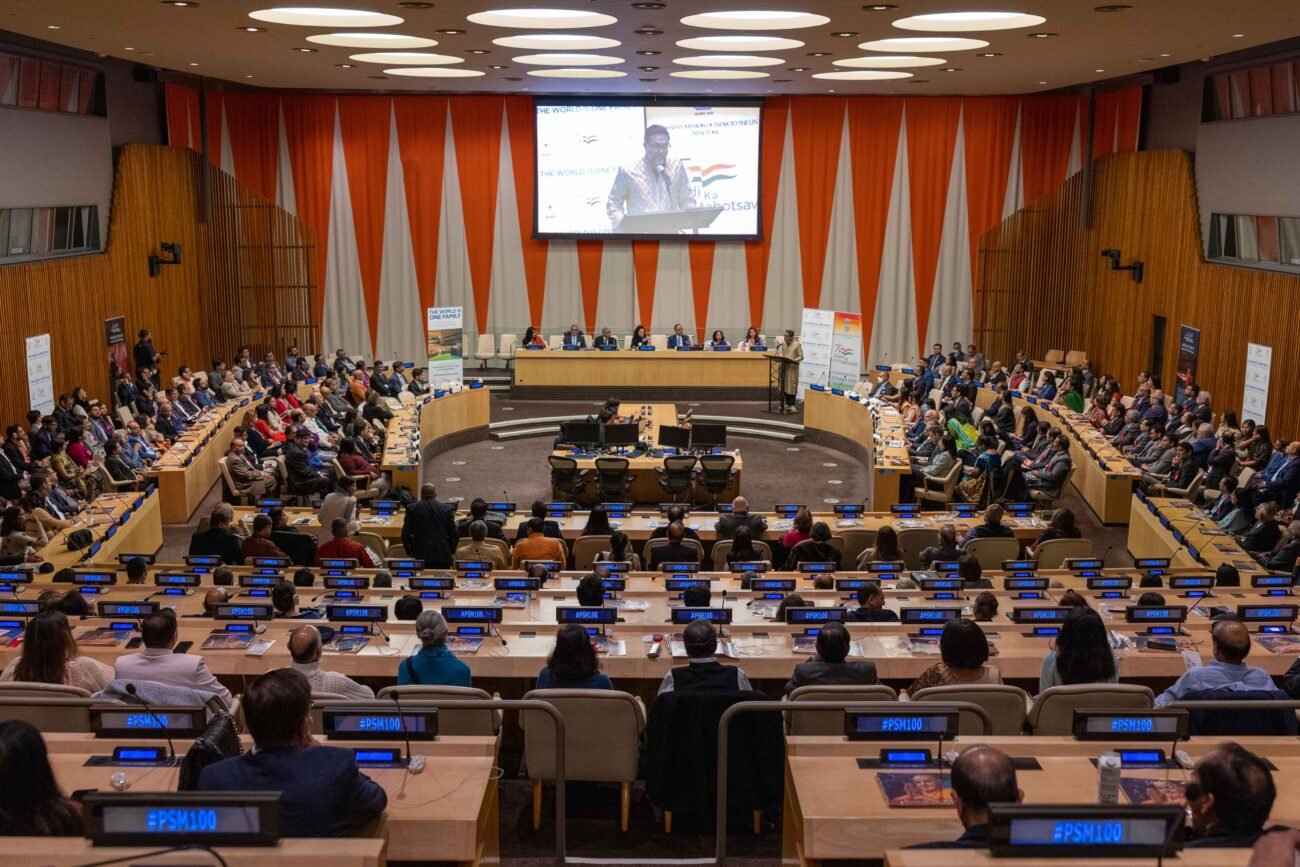 NEW YORK, NY – On December 7, the Permanent Mission of India to the United Nations and the BAPS Swaminarayan Sanstha came together to honor the life and message of Pramukh Swami Maharaj and celebrate his centennial birthday at the United Nations Headquarters here.

Fittingly themed, The World is One Family, the event at the United Nations aimed to honor his legacy on the special occasion of his centennial celebration in the presence of Ruchira Kamboj, India’s UN Ambassador and representatives of several countries, and BAPS volunteers.

Dr. Kashyap Patel, a BAPS volunteer and cardiologist at the Northside Hospital Cardiovascular Institute in Atlanta inaugurated the program with a welcome address, introducing Pramukh Swami Maharaj, his life work surrounding humanitarian efforts for social and spiritual upliftment, and his foundational belief that the world is one family.

Pramukh Swami Maharaj’s address at the United Nations Peace Millennium Summit on August 29, 2000, was brought to life through a video presentation in which he appealed to spiritual leaders worldwide to have meaningful dialogues with each other to preserve our rich diversity, to not just tolerate but to respect all religions, and to expand the circle of unity to include everyone for true harmony.

Miguel Angel Moratinos, the United Nations Under-Secretary-General’s message, shared with the assembly echoed Pramukh Swami Maharaj’s timeless sentiment of the world is one family with the declaration, “The time to come together as one is now.”

Kamboj delivered the keynote address and expressed her deepest honor for hosting this event on the centennial birthday of Pramukh Swami Maharaj. Several other BAPS volunteers spoke poignantly of the spiritual leader’s life and far reaching impact on humanity.

The program concluded with a recital of the Shanti Paath, a Hindu prayer for universal peace.