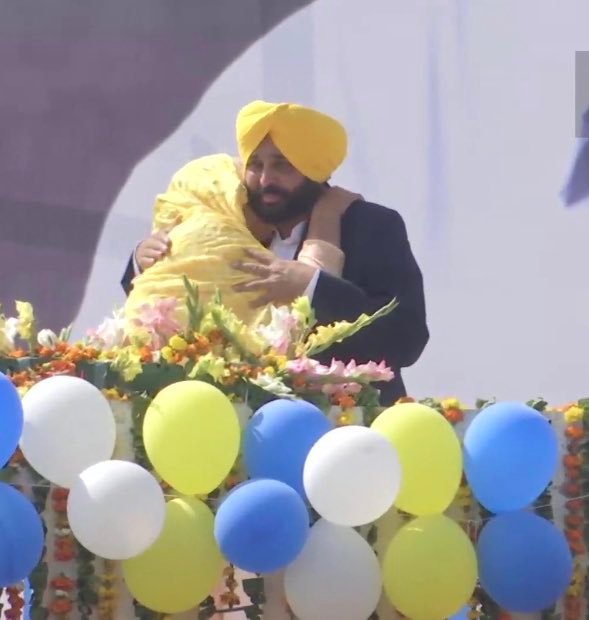 CHANDIGARH – Rising from the ashes like the phoenix, the Arvind Kejriwal-led Aam Aadmi Party (AAP) on Mar.9, in a maiden emphatic win, crushed the traditional players that ruled the border state of Punjab for over seven decades with a stunning victory largely by its greenhorns on 92 of the 117 seats of the legislative assembly.

Bhagwant Mann, the party’s pick for the top post, will be the next Chief Minister.

The ruling Congress, which won 77 seats in 2017, managed to win only 18 seats with most of its stalwart faces like Chief Minister Charanjit Channi and state party chief Navjot Singh Sidhu faced humiliating defeat from their respective strongholds.

Interestingly, the BJP, which largely banked on Prime Minister Narendra Modi’s charisma, and its previous alliance partner the Shiromani Akali Dal failed in securing even a double-digit tally.

The BJP, which had won three seats in the 2017 when it had contested in alliance with the SAD, secured only two seats, while SAD won four seats. The other won one seat.

He said that people of Punjab had also rejected communal and divisive politics of the Congress by first rejecting one leader as the chief minister for being a Hindu and then trying to play the caste factor.

Amarinder was purportedly referring to the appointment of Charanjit Channi, state’s first Dalit chief minister, overlooking former Punjab Congress chief Sunil Jakhar, after his own unceremonious exit from the party.

The halfway mark in the assembly is 59 and AAP firmly achieved this target after dealing a big blow to all the political parties.

All the Badals, led by five-time Chief Minister Parkash Singh Badal, the eldest candidate at 94 in the fray, as well as their kin lost to AAP’s greenhorns.

AAP’s chief ministerial candidate Bhagwant Mann in his first public address after his victory said: “Bade (elderly) Badal Sahib has lost, Sukhbir (Badal) has lost from Jalalabad, Capt (Amarinder Singh) has lost from Patiala, Sidhu and Majithia are also losing, Channi has lost on both the seats.”

AAP’s Charanjit Singh won Chamkaur Sahib by a margin of 7,942 votes, while Labh Singh Ugoke, who joined AAP as a volunteer in 2013 and his father a driver and mother a sweeper in a government school, defeated Channi with a margin of 37,558 votes in Bhadaur.

In his first public address in his home town Sangrur after winning the seat and seeing the meteoric rise of the party, Mann promised to fix unemployment as his first task in office.

“No government office in the state will have the photo of the Punjab CM, but will carry a portrait of B.R. Ambedkar and Bhagat Singh.”

Mann said he will take oath of office in Bhagat Singh’s ancestral village Khatkar Kalan and not in Raj Bhawan.

“We will ensure that the youth do not have to go abroad… Within a month, you will observe changes,” he added.

Buoyed by a massive victory, AAP national convener Arvind Kejriwal, who aggressively campaigned in the state, promised to make India a developed and progressive country.

He said that he will ensure that Indian students do not have to go to countries like Ukraine to study medicine.