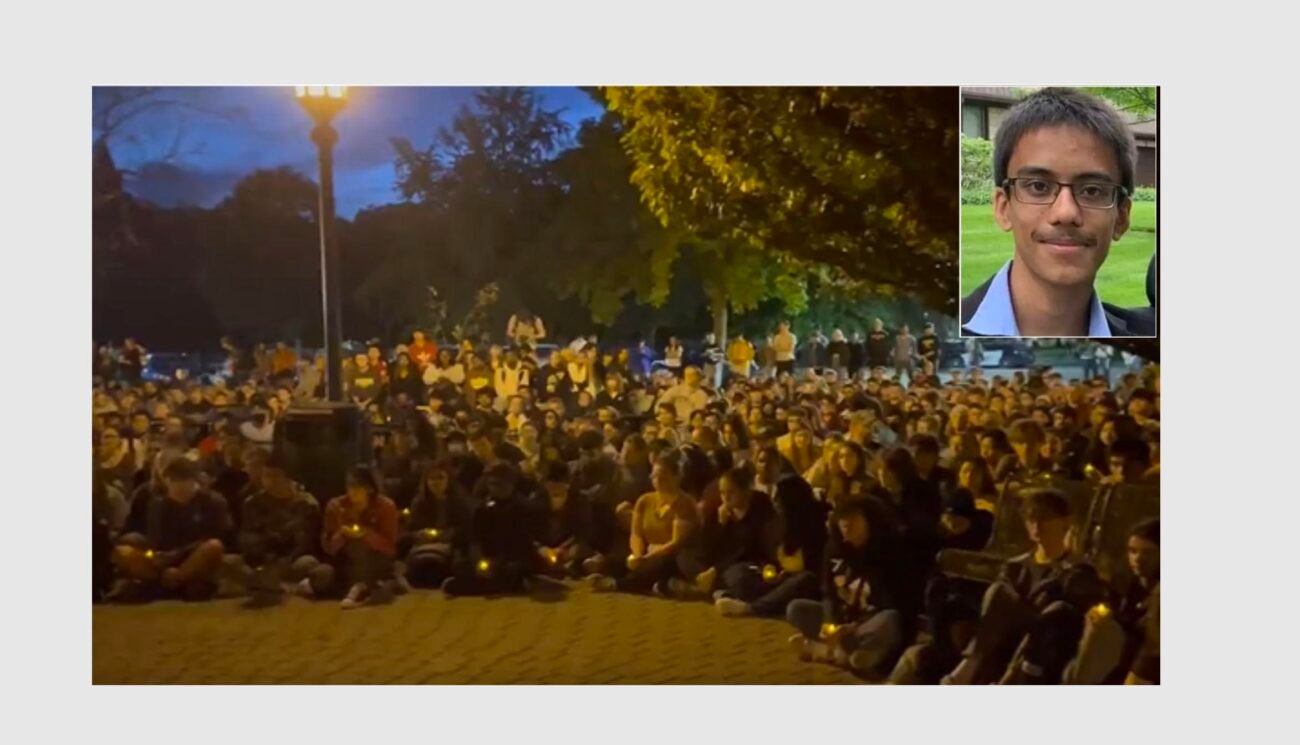 PURDUE, IN – As students gathered on the campus of Purdue University here, to hold a candlelight vigil in the memory of slain Indian American student Varun Manish Chheda, on October 5, his friends, shocked and shattered, remembered him as a “good and humble person”.

Just 10 days shy of his 21st birthday, Varun Manish Chheda, a senior majoring in data science from Purdue University, was killed in an attack with “multiple sharp force traumatic injuries” by his roommate Ji Min Sha, a 22-year-old junior cybersecurity major from Seoul.

The death of Chheda has left several questions unanswered behind as the preliminary autopsy results say that the manner of death was a homicide, while a section of the people called it a murder. Sha is now in police custody and is the prime suspect in the case.

At 12:45 am on October 5, Sha called 911 to alert police about the death, Purdue University Police Chief Lesley Wiete said during a news conference. However, no further details of the call and how the victim died in his room on the first floor of McCutcheon Hall were disclosed. The police are treating the death as a homicide case. Police said that at the time of 911 call, only Chheda and Sha were in the room at the time and said that the attack looked, “unprovoked and senseless.”

Purdue President Mitch Daniels said, “As is always the case, staff from our Office of the Dean of Students, our Residence Halls, and clinicians at Purdue’s Counseling and Psychological Services are providing support and are available to anyone who needs or wants their care.”

Sumeeth Guda, a mathematics and science student, who worked with Chheda on group projects, described him as a hardworking and diligent person.

Arunabh Sinha, who went to school with Chheda for 12 years, remembered him as smart and humble. “A really smart guy, always top of his class, top of the chess club, science bowl team. He was humble about it,” Sinha told NBC News.

Chheda graduated from Park Tudor High School in 2020 and was a semifinalist in the National Merit Scholarship Program the year he graduated. He was also a candidate in the 2020 US Presidential Scholars Program and ran cross country in 2019.

“The entire Park Tudor community is incredibly saddened by the tragic loss of Varun Chheda, Park Tudor class of 2020. Our prayers are with his family at this difficult time,” Dennis Bisgaard, the interim head of Park Tudor, told Fox News Digital in a statement.

Purdue University said that it is currently home to 2,300 Indian students-793 undergraduates and 1,507 graduate and professional program students.