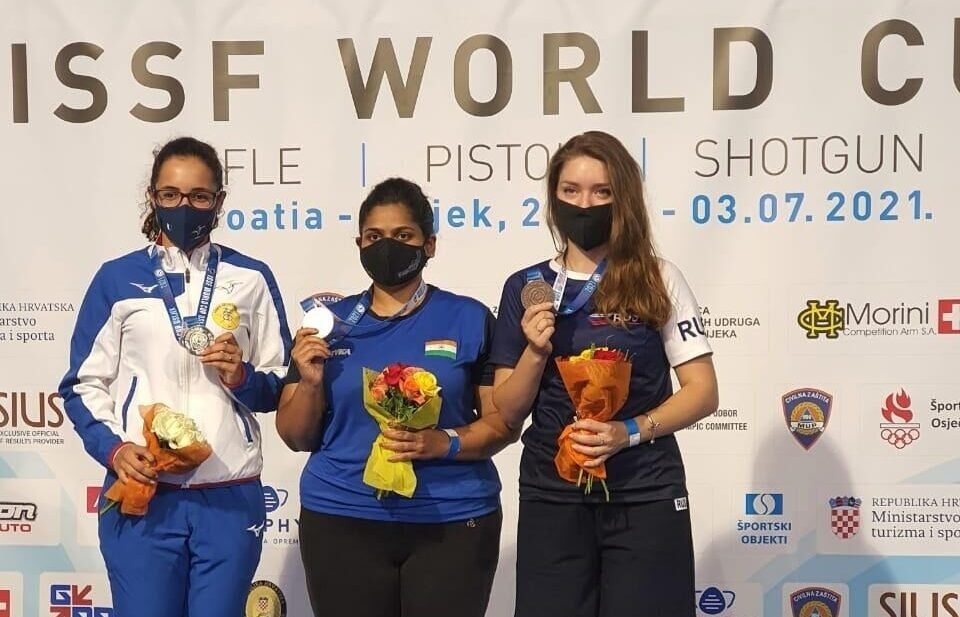 “This gives me the assurance that I am on the right track and I have to keep working on this up till the Olympics,” Rahi said after her victory.

Rahi shot 39 out of 50 in the 25m pistol final to win the first gold for India in the ongoing World Cup.

Manu Bhaker, the other Indian in fray, finished seventh in the eight-competitor final.

Rahi, 30, started on a positive note and continued to dominate as the final progressed.

Earlier in the preliminary round, Rahi had shot 591 out of 600 while Manu scored 588 in the qualification round.

Mathilde Lamolle of France shot 31 in the final to win silver while Russia’s Vitalina Batsarashkina took home bronze with a total of 28.

In the qualification round of the women’s 50m 3-position rifle event, India’s Tejaswin Sawant shot 1168 out of 1200.

The 50m 3-position rifle competition is considered to be the most grueling event. The competitors have to shoot 40 shots each in kneeling, prone and standing, in that order.

Tejaswin shot 390 out of 400 in the kneeling position and scored 397 in prone. In standing position, she could only manage 381 for an aggregate total of 1168.

With average scores, Tejaswin and Anjum might not make the cut for the final in women’s 50m 3-position competition.