Raja Krishnamoorthi: Pakistan’s ISI Sees Me as an ‘Enemy Spy’ 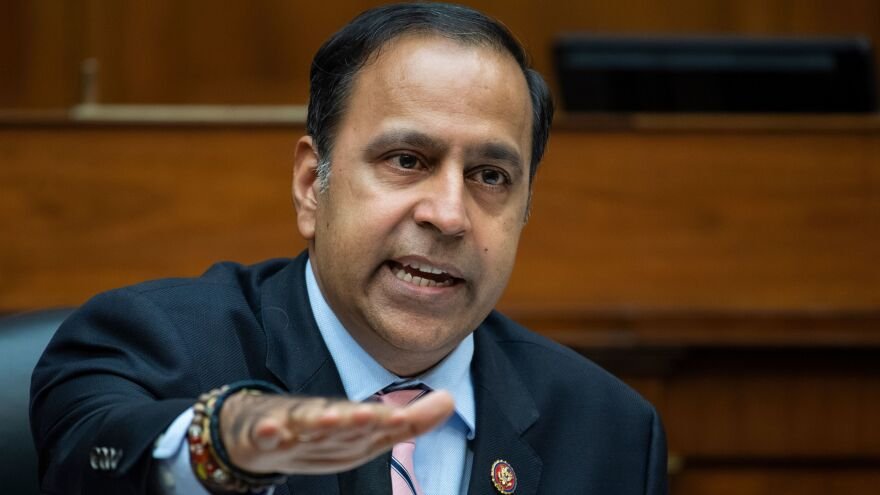 Raja Krishnamoorthi: Pakistan’s ISI Sees Me as an ‘Enemy Spy’

WASHINGTON, DC(IANS) – Congressman Raja Krishnamoorthi, has said the Pakistani spy agency ISI considers him an “enemy spy” for his stand against radicals of that country.

Krishnamoorthi also said that he has been banned by Russia and China for his consistent stand.

One of four Indian Americans in the US House of Representatives, Krishnamoorthi was addressing members of the community at a fundraiser hosted for him by long-time Democratic donor and strategist Ramesh Kapur at his residence in MA.

The lawmaker recently accompanied House Speaker Nancy Pelosi on a high voltage visit to Taiwan despite and in defiance of Chinese threats.

Krishnamoorthi spoke about his journey from his humble beginning to being in the House of Representatives and said he will always stand with the Indian American community and celebrate their journey and success in the greatest countries in the world – the US, US-India Security Council, advocacy founded and led by Kapur, said in a statement.

Krishnamoorthi also spoke about the Taiwan trip and how the delegation’s “stare-down with the Chinese during the historic flight”.

He added that the delegation arrived at a massive gathering of people who welcomed the Speaker and delegation in Taiwan, and they were seen as national heroes in the country.

But, he said, due to “his consistent stand he has been banned by China and Russia. He said that the ISI in Pakistan also views him as an enemy for his stand against radicals in Pakistan”.

Kapur urged the community to support the lawmaker who was in a tough re-election race, he said, because he has been targeted by Republicans.

Krishnamoorthi, is a three-term member of the House of Representatives from IL. He is seeking a fourth term.