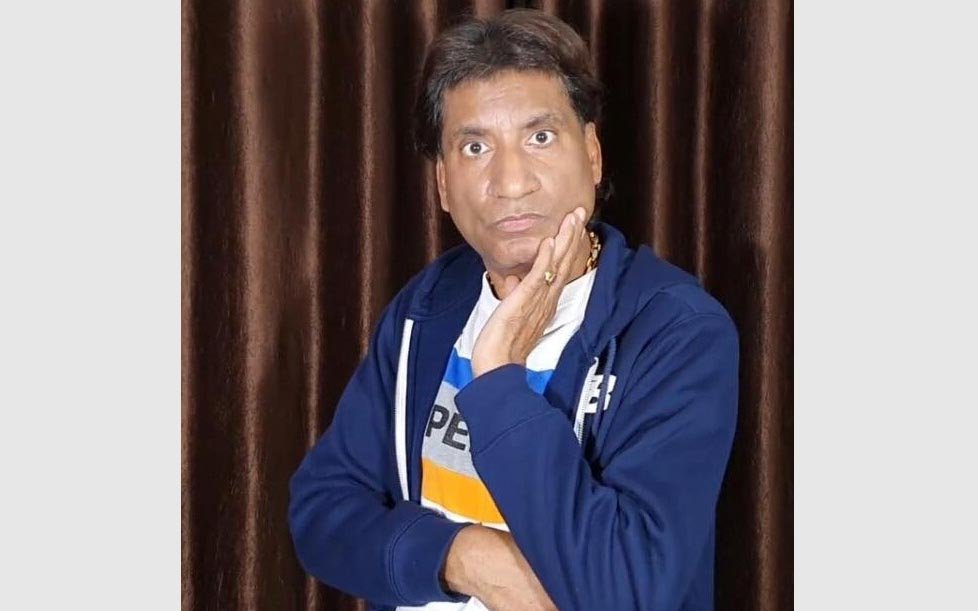 MUMBAI, (IANS) – The Indian comedy galactic cluster lost a bright star in the form of Raju Shrivastav, who passed away on September  21 at AIIMS, New Delhi. Srivastava’s journey to becoming one of the most widely recognized Indian comedians was rife with struggles and reinventions as an artist and as a person.

Raju was born in Kanpurto a government employee and poet and homemaker. Named Satya Prakash Srivastava at birth, Raju harbored the dream of becoming a comic artist since his childhood and he moved to Mumbai in the 1980s to give a definitive shape to his dream.

He initially struggled to get work because comedy was a new art form for the mainstream back then. To make ends meet, Raju started driving an auto-rickshaw but kept his passion alive by performing in stand-up shows for a measly sum of Rs 50.

After a few years later, he landed a small role in the Bollywood movie ‘Tezaab’ in 1988. He then went on to work in the Salman Khan-starrer ‘Maine Pyar Kiya’ in yet another little-noticed role.

Srivastava continued doing low-profile gigs, including appearing in Shah Rukh Khan’s ‘Baazigar’ until Doordarshan’s ‘Teatime Manoranjan’ happened to him in 1994. Later, he bagged a role in ‘Shaktimaan’, which is arguably India’s first sci-fi show with some backward special effects.

His stage characters of Gajodhar and Manodhar on the show have been loved by everyone. One of the episodes, which was the highlight of the show, was his Diwali special act wherein he appeared as different types of firecrackers that are burst during the festival.

He also appeared in the third season of the reality television show ‘Bigg Boss’, ‘Nach Baliye 6’ and ‘Comedy Nights with Kapil’.

Later in 2014, he ventured into politics and was fielded on the ticket of the Samajwadi Party from Kanpur for the Lok Sabha elections. He returned the ticket, however, saying he was not getting enough support from the local units of the party. After that, he joined Bharatiya Janata Party on March 19, 2014.

Later, he served as the brand ambassador of Prime Minister Narendra Modi’s Swachh Bharat campaign and was the Chairman of the Uttar Pradesh Film Development Council. In that capacity, he laid the foundation for the upcoming NOIDA film city project.

Battling odds, but on his own terms, was Srivastava’s way of life. A mortal human at the end of it, he lost his last fight, stretching over 43 days, against death. But his work has assured him immortality.