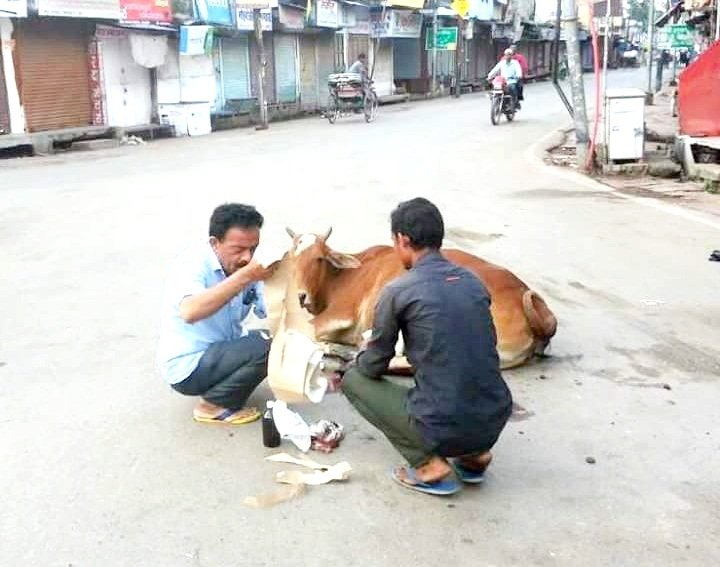 BAHRAICH, (IANS) – Meet Pappu Kidwai, kin of freedom fighter and former union minister Rafi Ahmed Kidwai, and a resident of Uttar Pradesh who has been serving afflicted cows for the past 37 years. He offers namaz five times a day and has devoted his whole life to serving cows and other animals.

When the animals of Terai region are affected, Kidwai not only makes arrangements for its treatment but also makes medicines. He neither takes anyone’s help, nor he is associated with any organization.

He said that he makes medicines with the money earned from farming. His father A. H. Kidwai, used to work in the veterinary department, from whom he learned about medicines and treatment.

Pappu Kidwai has treated around 5,000 animals till now. Besides providing treatment to animals with maggot infestations and injury, he takes care of the animals till it completely recovers. He has spent lakhs of rupees on the treatment of animals.

The local police, Lions Club and the veterinary officials have come to see his value and often bring the animals to him and because of him have been sensitized the conditions of animals in the region.