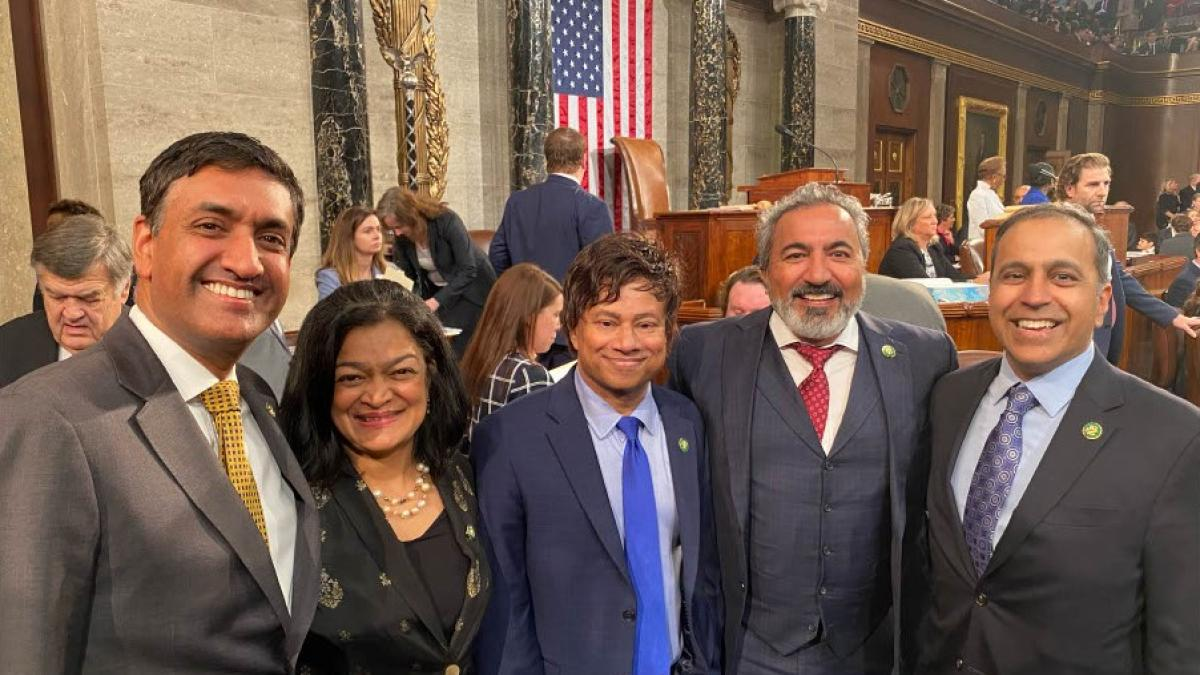 “When I first took office in 2013, I was the only Indian American member of Congress and the third ever in history,” said Bera. “Since that day, I have been committed to ensuring we grow our representation in Congress. In the past decade, I am proud to be joined by incredible Indian American colleagues from around the country – Representatives Jayapal, Khanna, and Krishnamoorthi. With the swearing-in of the 118th Congress, our coalition has grown to a record number with the election of Representative Thanedar. It’s important that we reflect on the historic progress our country is making. I look forward to welcoming even more Indian American Members of Congress in the future,” Bera said.

“As we enter the most diverse Congress ever, I am reminded how much representation matters, for every community and culture across our country. I am a proud naturalized citizen, the first South Asian American woman elected to the House, and an immigrant woman of color. Serving in Congress is a distinct honor, not only because I am able to deliver for my constituents, but because I am able to show other South Asians that if I can make it into the halls of Congress, so can they,” said Jayapal. “I am so grateful to serve with such an inspiring cohort of fellow Indian Americans and I look forward to seeing our numbers continue to grow!”

“As the Indian American community remains one of our nation’s fastest growing, with a population of more than four million, I am excited to see our representation expanding in Congress as well,” said Krishnamoorthi. “I look forward to working with Reps. Bera, Jayapal, Khanna, and now Thanedar to continue to address the key issues facing our community, including high-skilled immigration reform and strengthening the partnership between the U.S. and India.”

“I’m so proud to serve in this diverse Congress alongside a record number of Indian Americans. Representation is crucial to serving Indian American communities and working to strengthen America’s defense and strategic partnership with India. I look forward to continuing our work together in the 118th Congress,” said Khanna.

“As a new member of Congress and the latest addition to an incredible group of Indian American lawmakers, I look forward to getting to work for the American people” said Thanedar. “The American dream is alive when an immigrant from India can come to this country, earn a degree, become a citizen, start a business, and be elected by the people ….”

The first Asian American and Indian American Member of Congress was Dalip Singh Saund, who served in the U.S. House of Representatives from 1957 to 1963. In the 66 years between Representative Saund’s election and the 2012 election of Bera, Piyush “Bobby” Jindal was the only other member of Indian American descent elected to the legislative branch of the federal government.