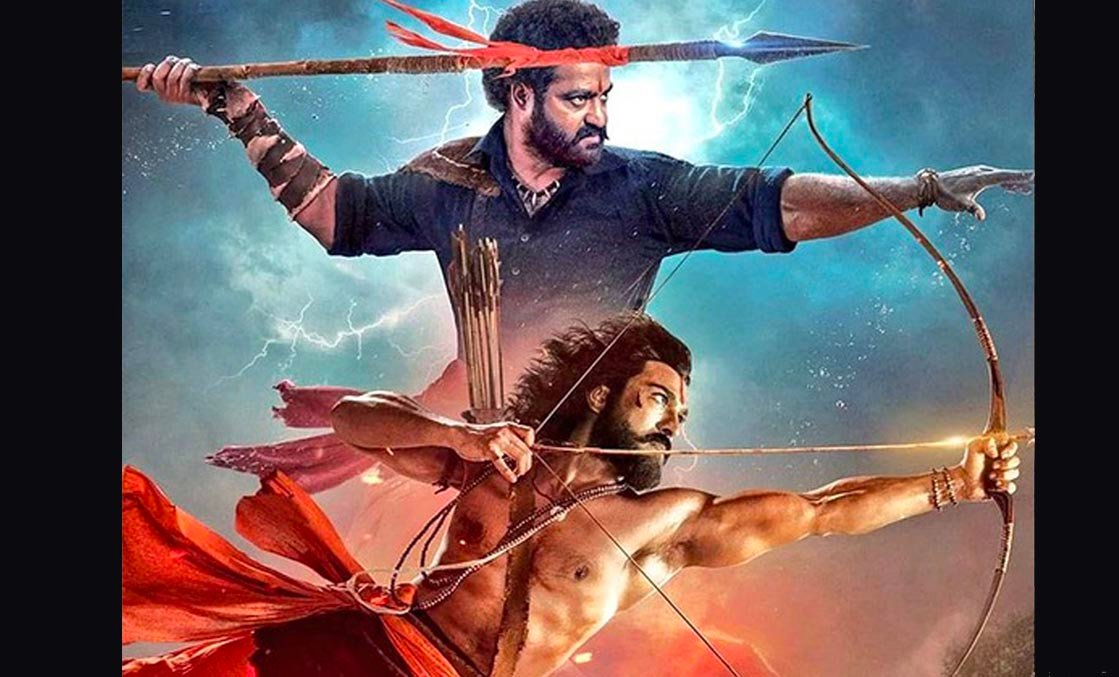 LOS ANGELES, CA (IANS) – As ‘RRR’ emerges as a season favorite across America, with the Pakistani Punjabi film, ‘Joyland’, giving it close competition, the influential Rolling Stone magazine has named the “epic Tollywood blockbuster” as one of the 22 Best Movies of 2022.

The S.S. Rajamouli-directed historical adventure drama is in patrician company on the international list. Notable among the titles that share space on the list with No.12 ‘RRR’ is Steven Spielberg’s ‘The Fabelmans’ at No. 15, the much-acclaimed ‘Tar’ (about the downfall of the famous female conductor of a classical orchestra, Lydia Tar, played by Cate Blanchett) at No. 11, ‘The Banshees of Inisherin’ starring Colin Farrell (No. 8), jailed Iranian director Jafar Panahi’s ‘No Bears’ (No. 5), Park Chan-wook’s Cannes favorite, ‘Decision to Leave’ (No. 3), and the list topper ‘Hit the Road’, a film by debutant Panaha Panahi, son of Jafar.

Here’s what Rolling Stone has to say about ‘RRR’: “A ripped, shirtless man narrowly avoiding a midair collision between an angry wolf and an even angrier tiger. A rescue mission involving a sinking raft, a flaming train, a horse, a motorcycle, some rope, and the flag of India. A dance-off, complete with some highly choreographed suspender-based moves, that doubles as a class-conscious f*** you.

Bromantic montages, slo-mo brooding, flashbacks that constitute their own short films, a man kicking an arrow through a tree trunk into another man’s head, and an acrobatic sequence involving a hero fighting legions of soldiers while perched on his best friend’s shoulders.

These are just a few of the things you’ll see in S.S. Rajamouli’s Tollywood blockbuster, although referring to this as a single ‘blockbuster’ feels weird. Charting the bond between an undercover police officer (Ram Charan) for the British Raj and the rural revolutionary (N.T. Rama Rao Jr.) he’s trying to bust, this fit-to-burst story of ‘Rise, Roar, Revolt’ felt like you were mainlining a century’s worth of cinematic epics in one three-plus hour rush.”

A nod from Rolling Stone may not guarantee an Oscar, but points to the kind of critical acclaim ‘RRR’ has been garnering from the western media as well as international film personalities.