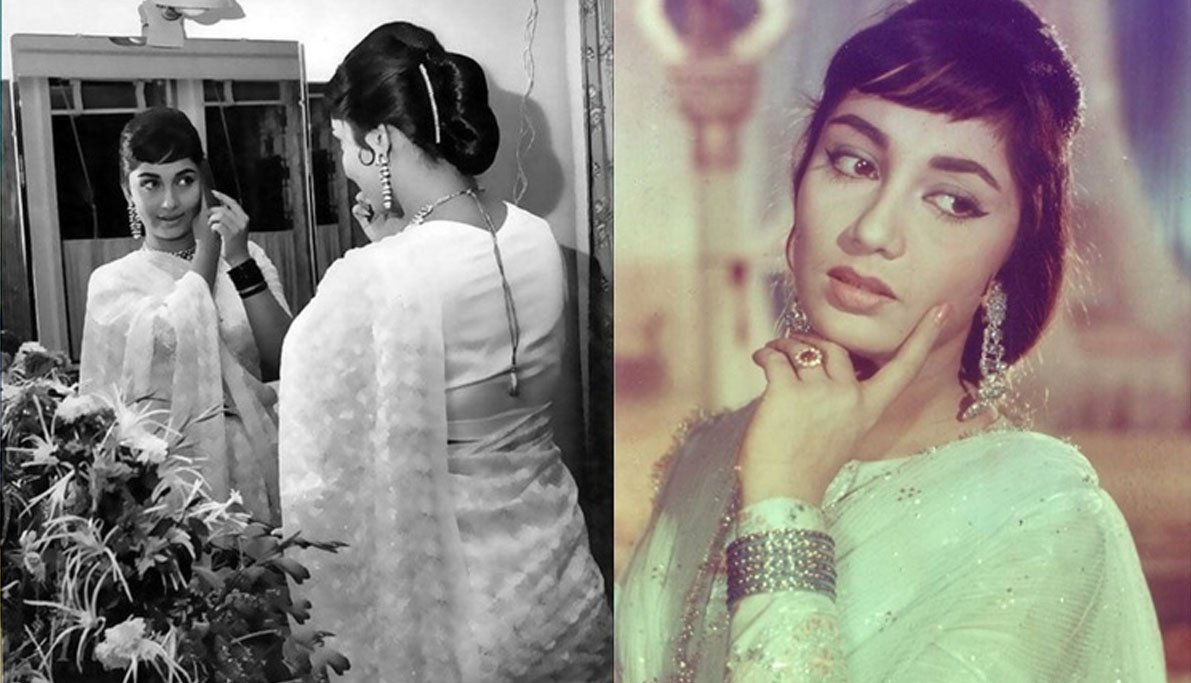 MUMBAI (IANS) – By numbers, her work in the Hindi film industry seems quite scanty — at 33 films in around a decade and a half. But the statistics fail to reveal that, save around five, all were box-office hits, and some of them broke new ground, making her one of the most popular and successful actresses of all times — and a fashion icon too.

Though she struck gold right from her debut as lead and went on to become an “in demand” actress for everything, from frothy romances to tear-jerkers, Sadhana is most remembered for her trademark hairstyle — the famous “Sadhana cut” of fringes or short bangs (itself inspired by the elfin and charming Audrey Hepburn) and pioneering form-fitting kurtas and churidar pajamas.

She could essay roles of a rich heiress to a village belle with the same flair and aplomb, held her own against all top male actors of her time — from Dev Anand to Sunil Dutt, to Rajesh Khanna, and crowned it all by playing the “mystery woman” in a trilogy of taut suspense films.

Her acting career had many other landmarks too — she is possibly the only actress to star with all the three Kapoor brothers, ranked among the top three most paid actresses for over a decade, and proved she could shine as a female lead even after marriage, and overcoming health problems.

Born in Karachi in 1941, Sadhana Shivdasani seemed fated to go into the movie business. Not only was she named after her father’s favorite dancer-heroine Sadhana Bose (a contemporary of Uday Shankar), but she was also the niece of Hari Shivdasani — a noted character actor in Hindi films from the mid-1930s to the mid-1980s. His daughter Babita was also an actress — and the mother of Karisma and Kareena Kapoor, making Sadhana their aunt.

After the family relocated to Bombay after Partition, Sadhana could indulge in her favorite pastime — being allowed to see one or two movies a week. She was particularly inspired by Nutan.

Sadhana got a break as an uncredited chorus dancer in “Mudh mudh ke na dekh” in Raj Kapoor’s “Shree 420” and then got a chance for a small role in a Sindhi film, as the heroine’s sister. A publicity still of her appearance in the Raj Kapoor film caught the attention of producer Sasadhar Mukherjee, who was planning to launch his son, Joy Mukherjee. He was impressed by Sadhana enough to offer her the heroine’s role in “Love in Simla” (1960) — and this became her successful debut.

Sadhana, on the other hand, proved her acting credentials with her second film — Bimal Roy’s village-set political satire “Parakh” (1960), where she donned a deglamorized appearance.

It was her role as one of the lead heroines in Dev Anand’s “Hum Dono” (1961), however, that brought her to the attention of film viewers, and from there she went from strength to strength.

With her different hairdo, sartorial choices, her delicate and sculpted features, and remarkably expressive and soulful eyes — in “Mere Mehboob”, it is just the sight of the veiled Sadhana’s eyes that left the hero smitten — Sadhana went on to star in some of the most popular films of the 1960s with a range of top male heroes.

But her best will remain the trilogy of supernatural-tinged thrillers of Raj Khosla — “Woh Kaun Thi?” (1964) opposite Manoj Kumar; “Mera Saaya” (1966) opposite Sunil Dutt; and “Anita” (1967) opposite Manoj Kumar again — where it will not be a spoiler alert to say that she played double roles.

As the 1970s rolled on, Sadhana had come to realize that her time as leading heroine was coming to end, and unwilling to shift to character or supporting roles, she chose to make a graceful exit, with her directorial debut “Geeta Mera Naam” (1974), where she starred herself (in a double role) opposite Sunil Dutt and Feroz Khan, being her swan song.

Married to her “Love in Simla” director R.K. Nayyar since 1966, Sadhana occasionally dabbled in film production with him in the 1980s, but otherwise remained aloof from the industry. She became more of a recluse after her spouse’s death in 1995, with her only contact with the film world being through some of her contemporaries, notably Waheeda Rehman, Nanda, Asha Parekh, and Helen.

She came out only once — walking the ramp in a fashion show in 2014 for cancer and AIDS awareness — escorted by Ranbir Kapoor, a relative by marriage. She died on Christmas Day the next year.

While her films, which do not even amount to three dozen, are not dated and can be seen anytime, the songs featuring her will abide.