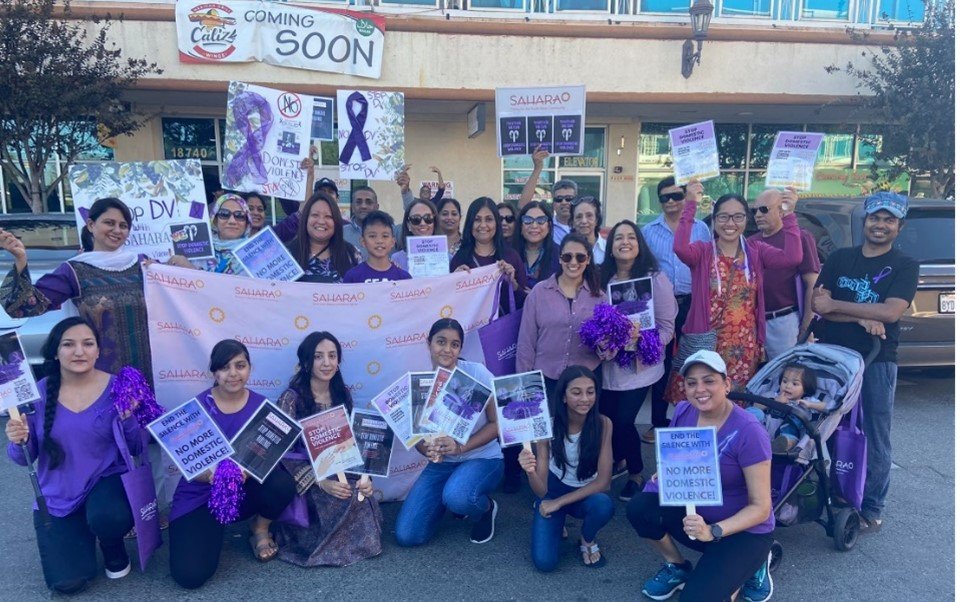 ARTESIA, CA – In recognition of October being National Domestic Violence Awareness Month, the South Asian Helpline and Referral Agency (SAHARA) and the South Asian Network (SAN) joined together to recognize and spread awareness of Intimate Partner Violence (IPV) within the South Asian community in Southern California.

Activists, members of the organization and the larger community marched on Pioneer Blvd in the city of Artesia, on October 29 to create awareness of the abuse that exists and that needs to be addressed.

Joining the cause, the Mayor of Artesia, Melissa Ramoso, and Councilman Ali Taj, marched alongside.

The incidence of Domestic Violence has skyrocketed since the pandemic started and SAHARA has been serving these valiant survivors throughout this crisis.

SAHARA has been active in the Southern California community for over three decades and at the march, pledged to continue to transform the lives of the victims of domestic violence to become survivors.