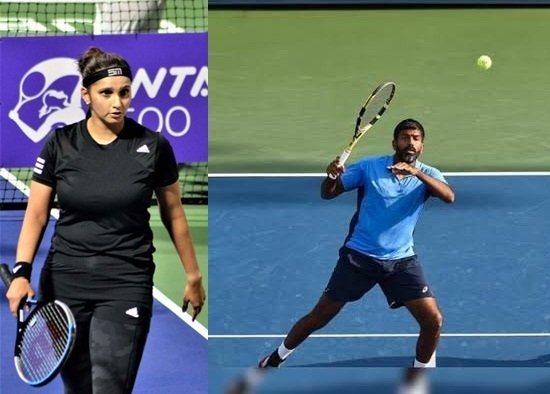 Wesley Koolhof of Netherlands and England’s Neal Skupski defeated Bopanna and his Canadian partner Denis Shapovalov in straight sets 6-2, 6-1 to advance to the semifinals.

Mirza and her Belgian partner Kirsten Flipkens tried hard to get back into the game but eventually lost the match 3-6, 6-7 (3) to China’s Ekaterina Alexandrova and Zhaoxuan Yang in one hour and 23 minutes.

From 40-0 in the match’s final game, the Indian-Canadian pairing saved three match points to bring to get to deuce, but could not extend the match beyond that point.

Second seeds Rajeev Ram and Joe Salisbury are set to take on Hubert Hurkacz and John Isner in the fourth quarterfinal on Wednesday for the right to challenge Kokkinakis-Kyrgios.