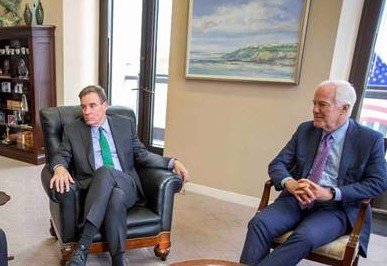 WASHINGTON, DC (ANI) – China’s unprovoked aggression in Arunachal Pradesh is a reminder that partnership with India is crucial to the national security of the US and its allies, the Senate India Caucus said in a statement.

Notably, the Caucus is a bipartisan coalition that is now being led by Senator Mark Warner (D-VA) and Senator John Cornyn (R-TX). It brings national attention to domestic and international issues that affect our economies and security. “China’s most recent aggression in Arunachal Pradesh is yet another reminder of why a strong security partnership with India is crucial to the national security of the United States and our allies. This event marks yet another act of the PRC’s threats to Indian territory, including China’s premeditated aggression on the line of actual control in 2020 which saw the death of approximately 20 Indian troops,” the statement read.

It applauded the inclusion of Section 1260 in the FY23 Final Conference Report to strengthen military cooperation in critical areas like intelligence gathering, fifth-generation aircraft, and emerging technologies to deter China’s aggression and encroachment in the Indo-Pacific region.

This statement came in the backdrop of the December 9 clash where People’s Liberation Army troops contacted the LAC in the Tawang Sector which was contested by Indian troops.

The Senate India Caucus was formed in 2004 by Senators John Cornyn and Hillary Clinton; it was the first country-focused caucus established in the Senate.