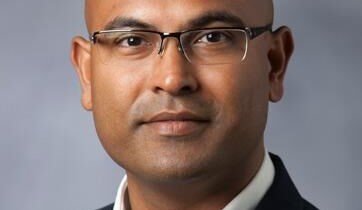 Apolitical, a global platform for government that helps public servants find the ideas, experts and partners they need to solve the hardest challenges facing our societies, recently released its “100 Most Influential Academics in Government” list, which featured several Indian American leaders in academia.

The London-headquartered organization says is mission is to help make governments work better for citizens everywhere, according to its LinkedIn page.

Apolitical’s 100 Most Influential Academics in Government list highlights work that’s influenced the policymaking process by providing insights into policy problems, contributing innovative ideas and solutions, or adding relevant and informative data. Each nominee on the list is committed to improving the work of government, and their research has already made an impact, said a press release.

Following are the Indian American leaders – as well as others of Indian origin – in academia who are featured in the list:

*Anup Malani, Lee and Brena Freeman Professor at the University of Chicago Law School, a professor at the Pritzker School of Medicine, and a research associate at the National Bureau of Economic Research in Boston. During the COVID pandemic, Malani led a modeling team that developed a forecasting model and method of adaptive control for COVID in India, said the release.

*Manoj Mohanan, Associate Professor at Duke University’s Sanford School of Public Policy, with secondary appointments in the Department of Economics and the Duke Global Health Institute. Mohanan’s research focuses primarily on the economics of health and development, and health policy.

*Gita Gopinath, John Zwaanstra Professor of International Studies and of Economics at Harvard University. She is currently on leave of public service from the economics department to serve as the Chief Economist of the International Monetary Fund. Her research focuses on international finance and macroeconomics.

*Karthik Muralidharan, Tata Chancellor’s Professor of Economics at the University of California, San Diego, whose research spans development, public, and labor economics with a focus on improving the effectiveness of public spending in the social sector (education, health, and social protection programs).

*Rohini Pande is the Henry J. Heinz II Professor of Economics and director of the Economic Growth Center, Yale University. Pande’s research is largely focused on how formal and informal institutions shape power relationships and patterns of economic and political advantage in society, particularly in developing countries.

*Devesh Kapur, Starr Foundation Professor of South Asian Studies, who joined the Johns Hopkins University School of Advanced International Studies in July 2018 from the University of Pennsylvania, where he was a professor of political science and director of the Center for the Advanced Study of India, holding the Madan Lal Sobti Chair for the Study of Contemporary India. Kapur’s research has focused on five broad areas that examine the political and institutional determinants of economic development: international financial institutions; political and economic consequences of international and internal migration; the effects of market forces and urbanization on the well-being of socially marginalized groups in India; governance and public institutions; and higher education.