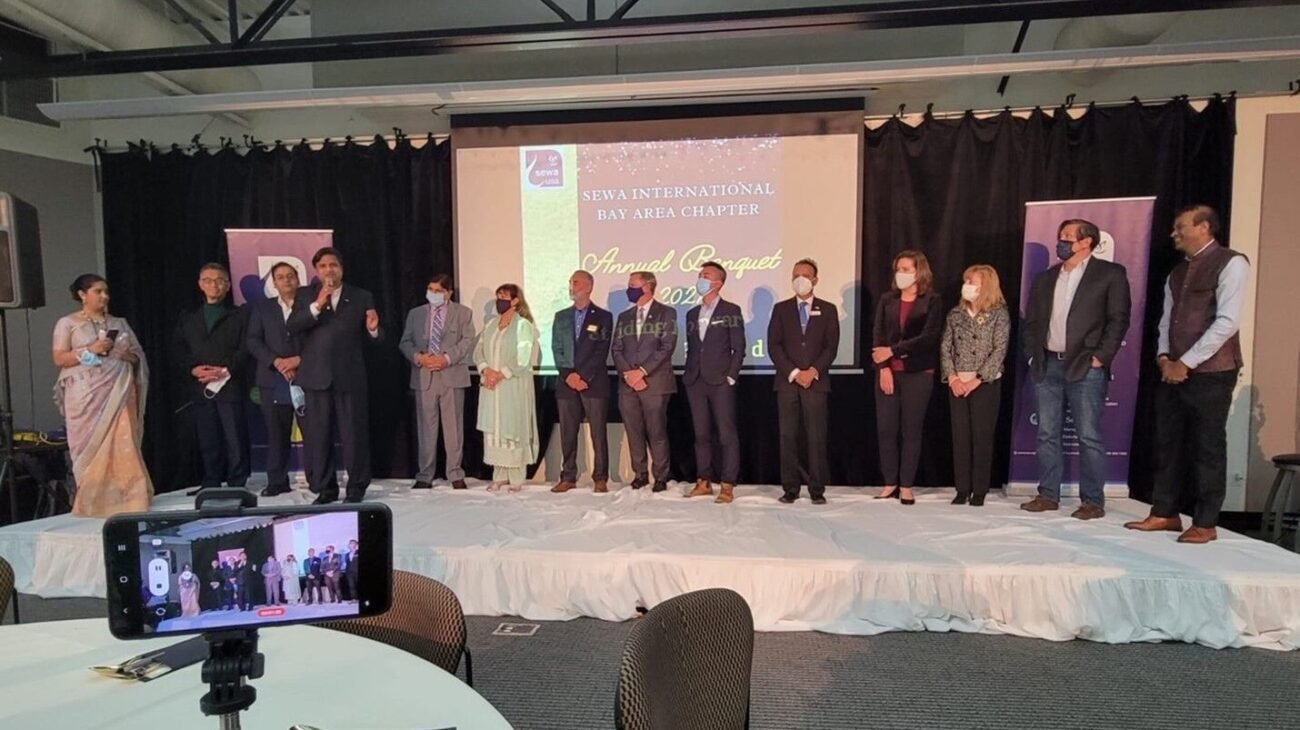 The nonprofit Sewa International’s Bay Area chapter held his annual banquet dinner in Milpitas, Calif., Dec. 27 at which it honored Sewa volunteer and transgender activist Anjali Rimi with its Sewa Excellence Award for her outstanding work helping the transgender community in the Bay Area.

Aside from the award, the event saw appreciation of Sewa International by several mayors and by multiple city proclamations thanking Sewa volunteers for their work to address homelessness, health and food security issues, said a press release.

Sewa also received a donation pledge of $56,000 at the banquet that was attended by over 200 people, including mayors from 12 cities, public officials, Sewa donors, volunteers and representatives from Sewa’s partner organizations and their families.

Accepting the award, Rimi said, “It is an honor, and I am humbled to receive this prestigious award. Many of you don’t understand how much this honor means to me and my community. As a successful Hindu transwoman, this is the culmination of many struggles. I am a survivor of homelessness, sexual assault, racism, and trauma. I cannot say that is the case for many in my transgender community.”

Rimi remembered her trans-daughter Esther, a third-year medical student, who succumbed to COVID-19 when she was 27. “Esther wanted to change the narrative as I have been trying to do. She was taken to eight hospitals before she died and all she got was the police lathi (cane used by the police to control the crowd). But many more people like her were saved. You know why? Because Sewa showed up,” Rimi said to thundering applause from the attendees, noted the release.

“We all are collectively fighting for our liberation. We come from different lands and we all live here. And Sewa changed the game for us. Sewa spent over $225,000, helped 85,000 children in 24 Indian states, and saved many lives. One thing that stands out is when I reached out to Sewa’s SHE project team, Sewa volunteers sprang into action and supplied a whole month’s groceries to an orphanage that is run by transwomen for children who are disowned because of their disability or their HIV-positive status.”

Sandeep Khadkekar, Sewa’s vice president for Marketing, presented the award to Rimi, who works as a business development executive in the wine industry.

Karl Mehta, an Indian American entrepreneur and founder and CEO of EdCast, Inc., a next generation knowledge platform, delivered the keynote speech at the banquet. He talked about Indian Hindu heritage and culture and how Sewa’s actions reflect the values espoused by the Upanishads and teachings of Swami Vivekananda.

Empower, a new initiative by the Sewa Bay Area chapter, provides personal and professional development training and support to those looking for a second chance to get into college or start a career. Balaji Baktha, CEO and chairman of Ventana Micro and initiator of Sewa’s high schoolers scholarship program, distributed scholarships to three participants of the program at the event.