HomeIndiaSignage Changes Color, Winds of Change in the Offing? 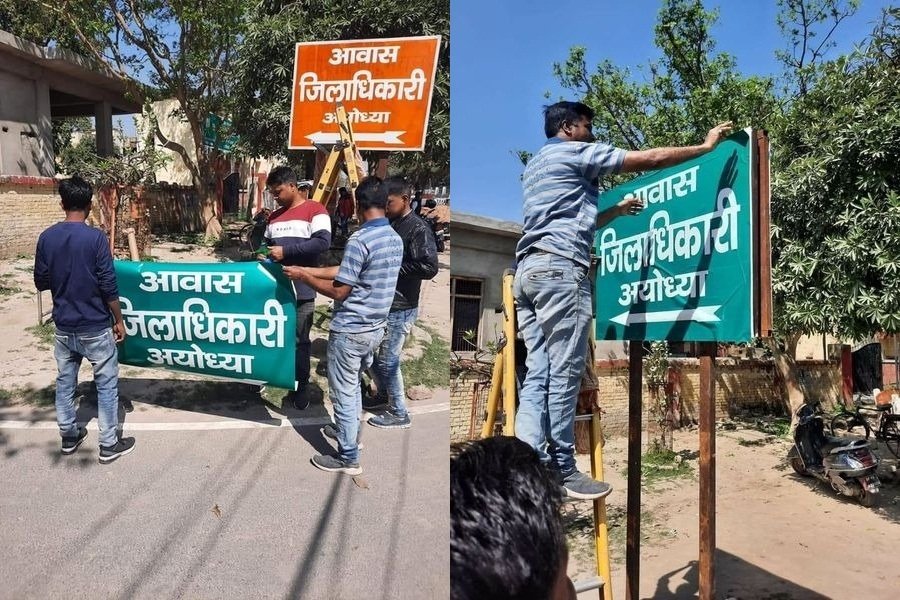 LUCKNOW (IANS) – Bureaucrats, they say, have their ears to the ground and know which way the wind is about to blow.

The District Magistrate of Ayodhya, Nitish Kumar, perhaps got wind of the government to come and changed the signage outside his residence from orange to green.

Orange or saffron is the official color of the BJP, while green is the color that signifies the Samajwadi Party.

As photographs of the orange signage being brought down and the green one going up went viral on social media on Wednesday, ripples of speculation were palpable in the bureaucratic circles.

“Signages are always changed to suit the color of the party in power. During Mayawati’s regime, all signages were blue, while in the SP regime, they turned green before turning saffron under the BJP’s rule.

“However, in this case, it can be considered a blunder because a change of government is yet to take place,” said a retired IAS officer, who had served in top positions in the BSP and SP regimes.

Social media, meanwhile, has been filled with jokes and memes on the change in color of the signage with many political soothsayers predicting the poll outcome on this basis.

The District Magistrate of Ayodhya, however, was unavailable for comments.