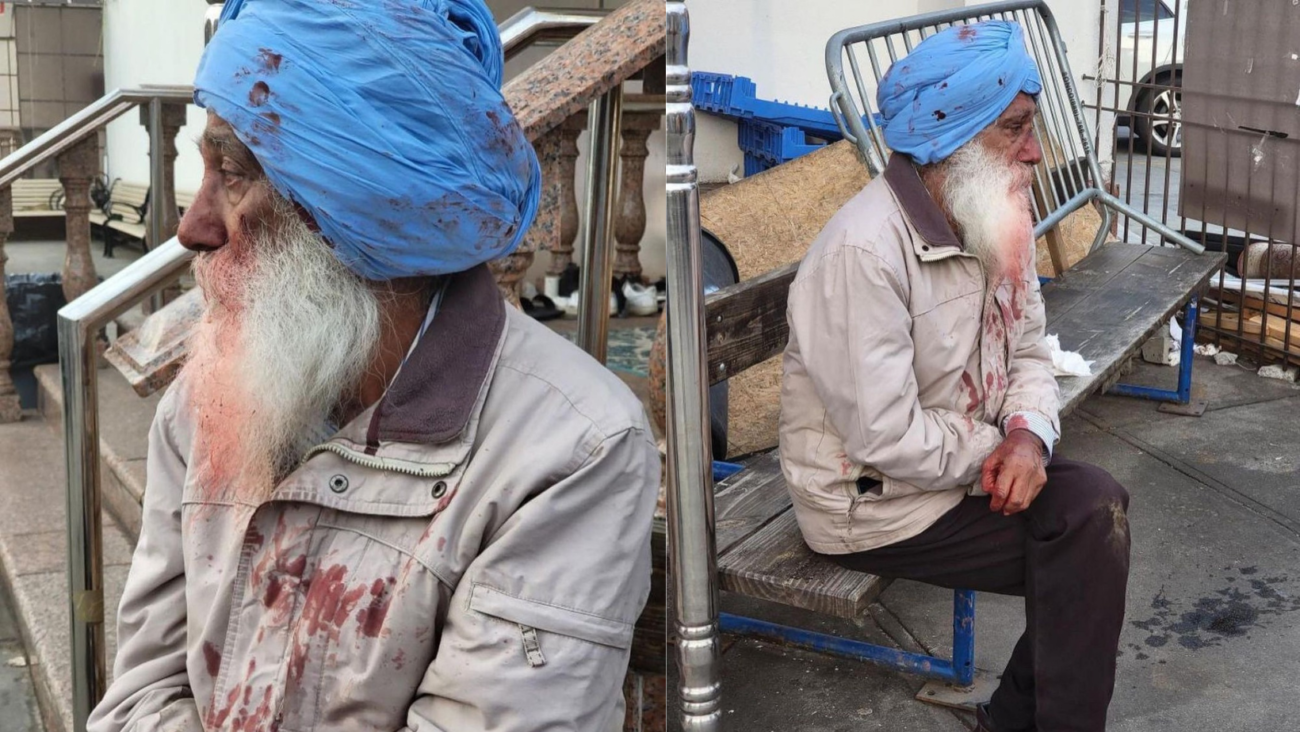 QUEENS, NY — A 70-year-old man, identified as Nirmal Singh, is recovering after a brutal attack on Apr.3 morning as he walked to the Sikh Cultural Center here, according to police.

The elderly Nirmal Singh was repeatedly punched in the face by an unknown attacker around 6:45 a.m. while walking on 95th Avenue, near Lefferts Boulevard, in South Richmond Hill, police said. They broke his nose and left his face marked.

The attacker approached from behind, according to Singh’s translator, Harpreet Singh Toor, and fled the scene without saying a word. Another man, Gurinder Singh spotted the 70-year-old moments later and rushed to offer help. The victim was transported to Jamaica Hospital where he was treated for pain, swelling and a laceration to the face, according to police.

Singh has been in the country only for two weeks on a visitor’s visa. No arrests have been made at the time of publication but investigators are looking at the available surveillance footage of the attack.

The incident is being investigated as a hate crime, according to the NYPD.

Community activist Japneet Singh is convinced it is. “People come at us a certain way because of the way we look,” he said. He says the community has experienced hate crimes, especially those who wear a turban – a part of the Sikh faith.

Various groups Indian American groups like The Sikh coalition and United Sikhs have expressed their concern and outrage over this incident, as images of the blood-stained face and clothing, along with messages of appeals and solace are being shared on social media. This is the second similar incident this year.

NY Senator Chuck Schumer tweeted, “The attack on Nirmal Singh is appalling. All deserve to walk the streets without fear. We must aggressively investigate this crime, find the perpetrator, and bring them to justice.”

“My thoughts are with the man who was attacked & our neighbors in the Sikh community. We will find the perpetrator & hold them accountable. I’ve directed @nyspolice’s Hate Crime Task Force to offer any assistance needed,” NY Governor Kathy Hochul tweeted.