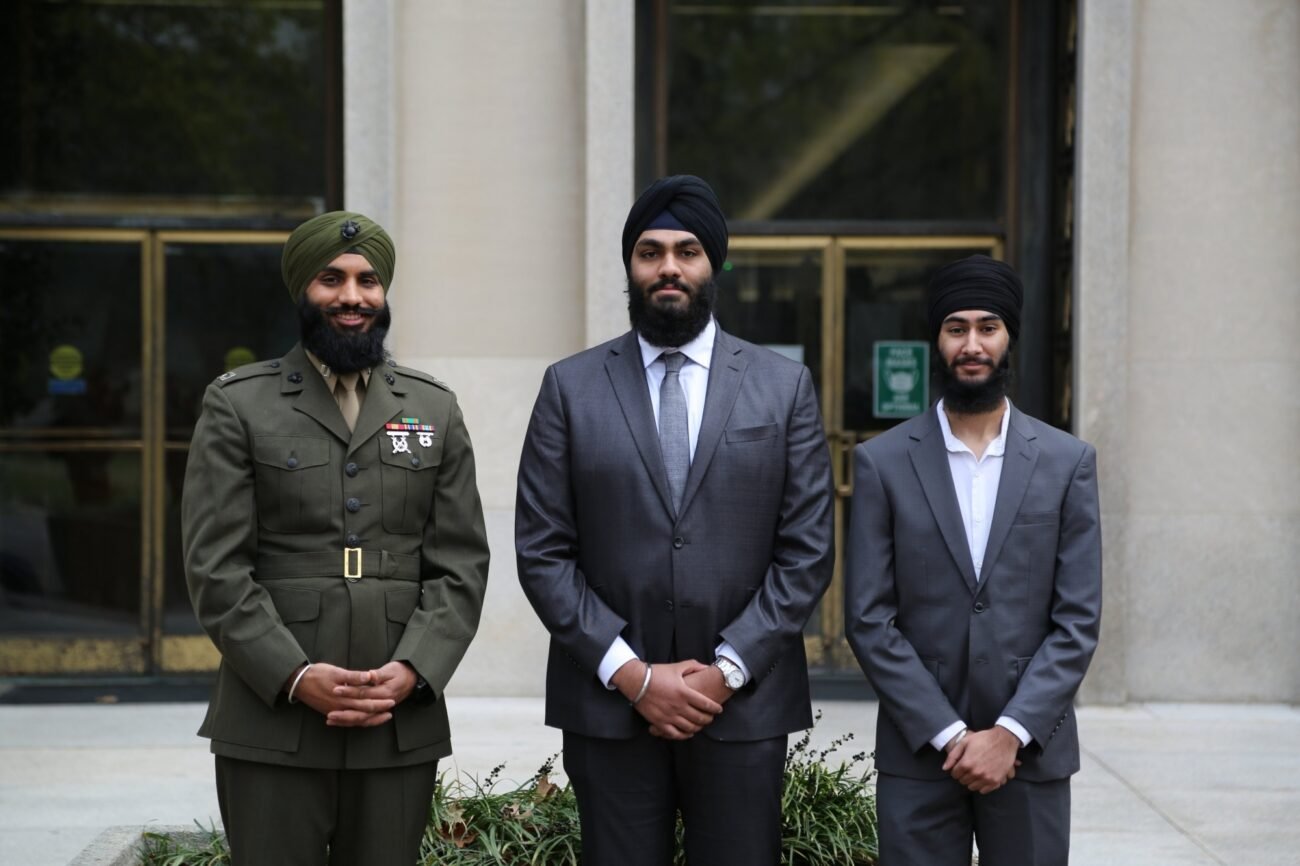 WASHINGTON, DC (IANS) – In a historic move forward, a federal appeals court has ruled that Sikhs recruits in the US Marine Corps can keep a beard and wear turbans.

Judges from the District of Columbia’s federal appeals court on Friday cited the Present Corps’ boot camp rule of cutting hair and shaving beards as a violation of the Religious Freedom Restoration Act (RFRA).

The ruling came after three Sikh Marine Corps recruits — Aekash Singh, Jaskirat Singh and Milaap Singh Chahal — fought for an emergency appeal in the District of Columbia’s federal court to get an immediate exemption to the Corps’ boot camp rule.

The Marine Corps previously denied all these requests, due to which the trio for years have remained poolees — an individual who has already signed up to become a Marine but has not yet left for the recruit training at boot camp.

This despite other branches of the US military — the US Army, Navy, Air Force and Coast Guard — already accommodating the religious requirements of Sikhism.

Writing for the court, Judge Millett stated that the Sikh recruits “not only have a substantial likelihood of success on the merits, it is difficult to imagine them losing”.

She noted that the Marine Corps has never explained “why the Corps cannot apply for the same or similar (religious) accommodations that the Army, Navy, and Air Force, and Coast Guard provide”, Baxter wrote in a series of tweets.

And Judge Millett said it was particularly clear considering “the exemptions already made for other Marine recruits’ beards, hair, and other individual physical indicia,” as well as the Corps’ “own history of flexible grooming and uniform requirements” since its creation in 1775.