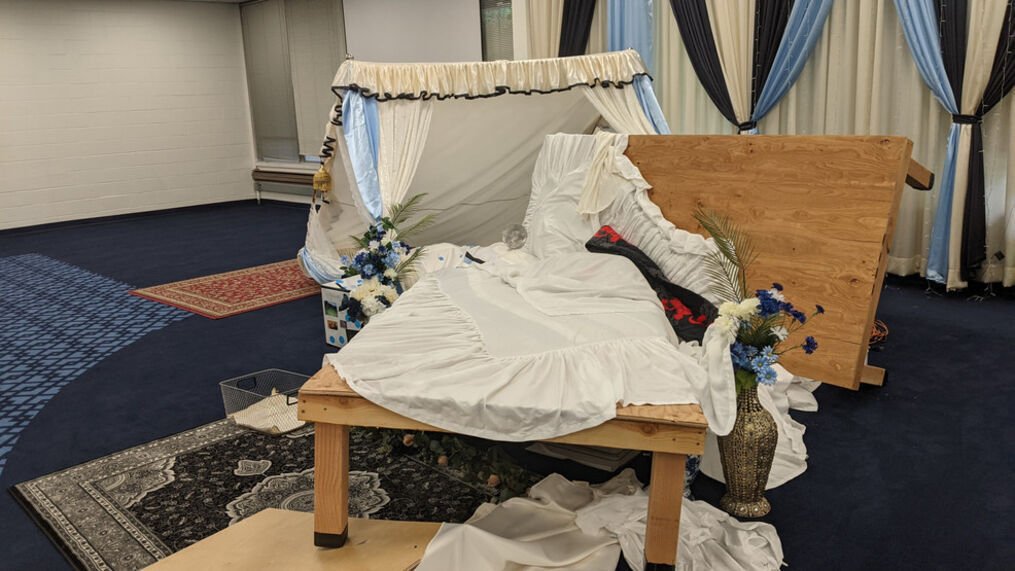 Police in Washington state are searching for a man they say vandalized a Sikh temple south of Seattle, Washington, in what is being investigated as a possible hate crime, the Associated Press reported.

Several portable electronic devices were stolen during the Sept. 17 break-in at the Khalsa Gurmat Center in Federal Way.

No one from the center was present at the time.

Investigators were trying to determine if the incident was a hate crime, Federal Way Police Department Cmdr. Kurt Schwan said.

According to a statement from the Sikh Coalition Sept. 20, upon finding the damage, community leaders immediately called the Federal Way Police Department to begin a thorough forensic investigation. According to community members who spoke with officers at the time, authorities are investigating all possible motives—including the possibility that bias could have been a factor in this incident.

“We are deeply saddened that someone would harm our place of worship and a place of learning for our children,” said Dr. Jasmit Singh, a Washington Sikh community leader. “The Sikh community has been an integral part of Washington’s culture and economy for generations, and our gurdwaras are where we come together as a community. We thank local law enforcement for their prompt attention to this disturbing case—including understanding why it is so important to explore the possibility that bias might be involved.”

The Khalsa Gurmat Center has retained the Sikh Coalition to provide free legal assistance and liaise with all relevant law enforcement agencies and elected officials as the investigation moves forward, the release noted. Accordingly, the Coalition is in touch with the FBI and has reached out to the Federal Way Police Department to confirm that all potential factors, including bias, are being considered in this case. Its team has also reached out to elected officials in Washington to ensure that they are aware of the investigation, and connected sangat members with several media outlets in an effort to share information that could identify a suspect.

“Based on video surveillance, it is clear that the suspect willfully and maliciously vandalized this place of importance to the local Sikh community,” said Amrith Kaur Aakre, Sikh Coalition legal director. “We are glad to hear that the Federal Way Police Department is exploring this case from every angle, and we will continue communicating with Khalsa Gurmat Center leaders, local and federal law enforcement, and elected officials in order to ensure this investigation keeps moving forward.”

SALDEF announced Sept. 22 that a GoFundMe account has been created to help the Khalsa Gurmat Center with repairs and security.