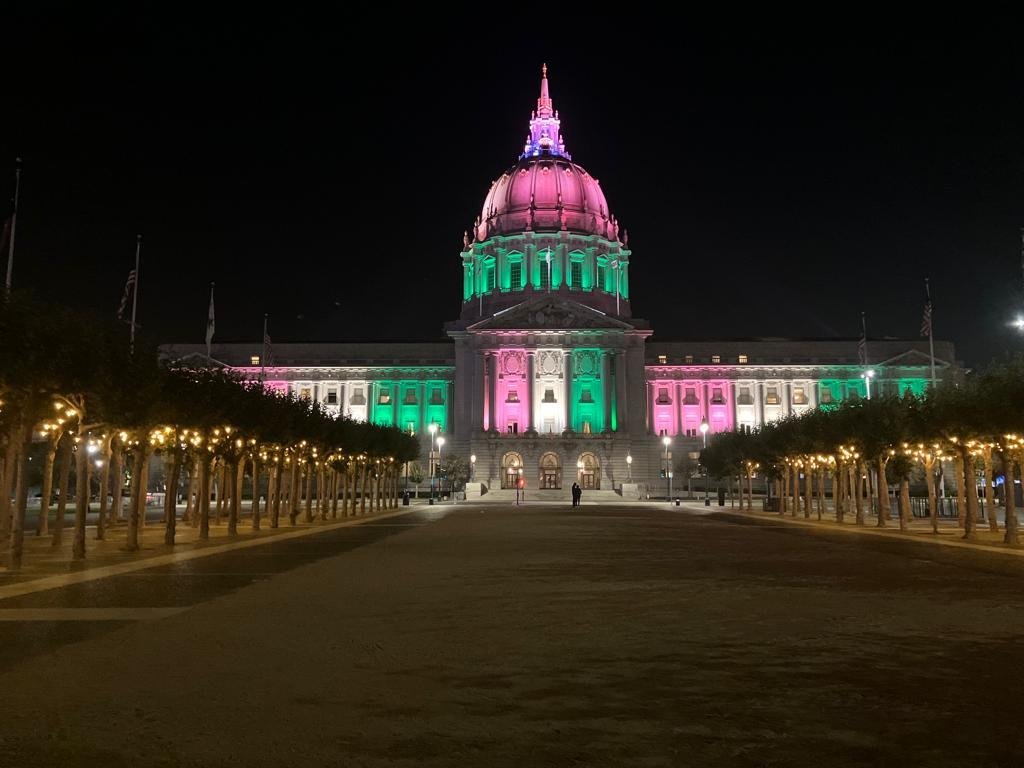 The San Francisco city hall was the site of Indian flag hoisting. Mayor London Breed extended a special gesture by lighting city hall in the tricolor. and designating the day as ‘India-US Friendship & Heritage Day.’

The Indian American community marched along the famed Golden Gate in a ‘Tiranga Yatra’ waving flags and cries of ‘Bharat Mata ki Jai.’ They concluded with the singing of the Indian national anthem.

Consul General Dr. T.V. Nagendra Prasad unfurled the national flag at the historic Gadar Memorial and read the President of India’s message to the nation. This was followed by a cultural program by community members.