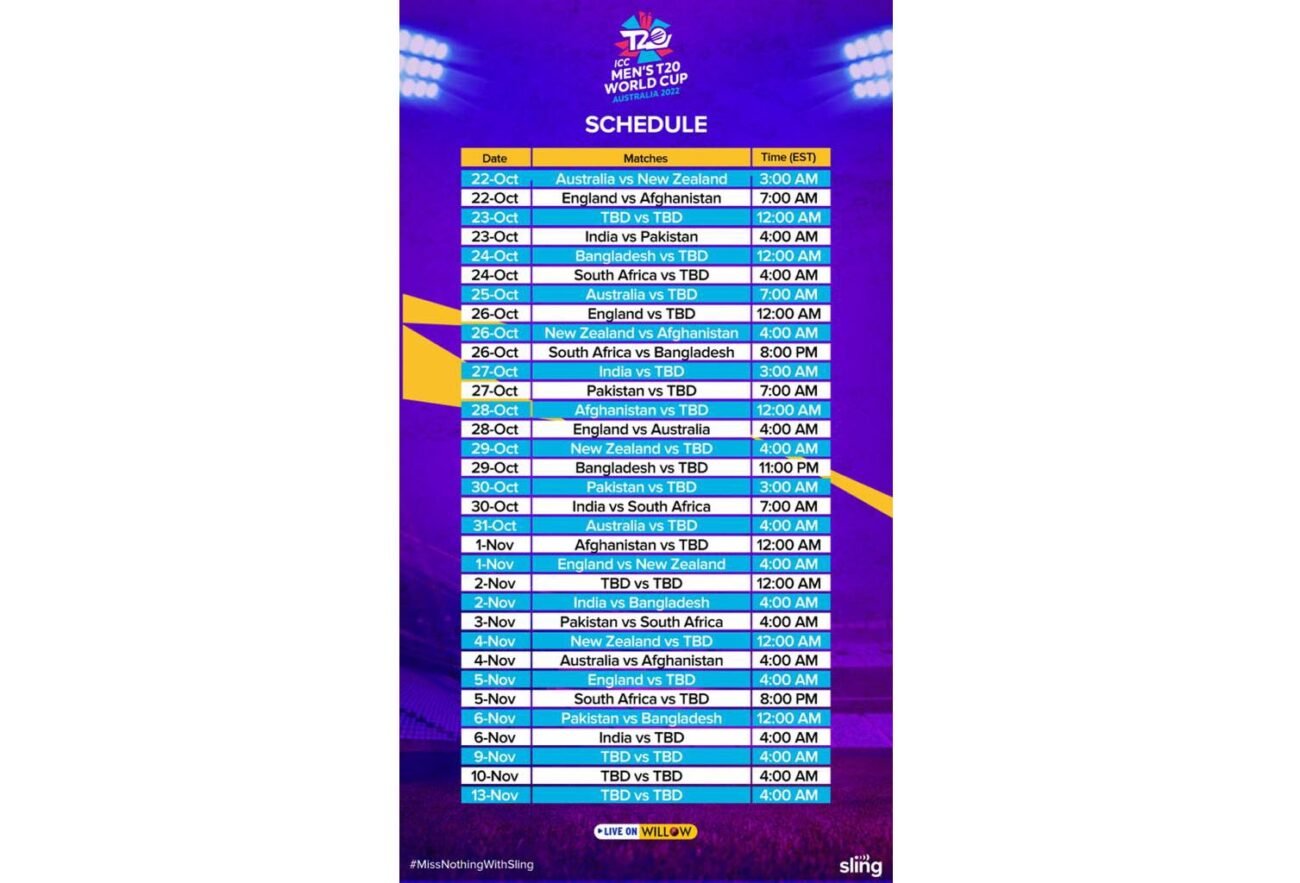 DENVER, CO – Sling TV has announced its cricket series line up which includes a slew of fixtures including ICC and a variety of other series, making, what it said was, “the best cricket package available in the U.S.”

Between India vs. Australia, India vs. South Africa, ICC T20 Men’s World Cup, Pakistan vs. England & so many more matches, Sling said it oﬀers fans the most year-round cricket available in the U.S. for the best price on the market.

For the upcoming ICC T20 Men’s World Cup, fans can watch the series for just $7/mo. compared to other sports outlets which are rated at $10/mo.

Sling will have all matches between October 16 – November 13 live on Willow HD and Willow Xtra.

A Sling subscription will also get fans t exclusive features like Catch-Up TV that automatically saves every match up to 8 days after it airs. This feature is exclusive to Sling and will make viewing this year’s World Cup matches far more convenient, considering the diﬀerences between U.S. and Australian time zones, where the competition will be held.

Bilingual commentary in Hindi and English will be there for the entire World Cup and multiple screens which allows simultaneous viewing of any content on up to three devices.

Desi Binge Plus – With SonyLIV, VOOT, MX ONE, EROS, Willow HD & Willow Xtra this pack offers top shows like “Scam”, “Kapil Sharma”, “Bigg Boss”, “India Idol”, “Kaun Banega Crorepati”, “Asharam” and more along with unlimited live cricket. This is for $10/mo. for the first month and is a limited time offer.

South Plus – With Simply South, Willow HD & Willow Xtra this pack is ideal for movie and cricket lovers. Get access to over 1000+ latest movies in Telugu, Tamil, and Malayalam languages along with unlimited live cricket.

Urdu Pack – This package offers subscribers the best of Pakistan dramas and entertainment, along with unlimited live cricket. This isfor just $10/mo.

Those subscribing to watch cricket on Sling TV will also get: 50 hours free DVR. Shows can be viewed simultaneously on three devices.