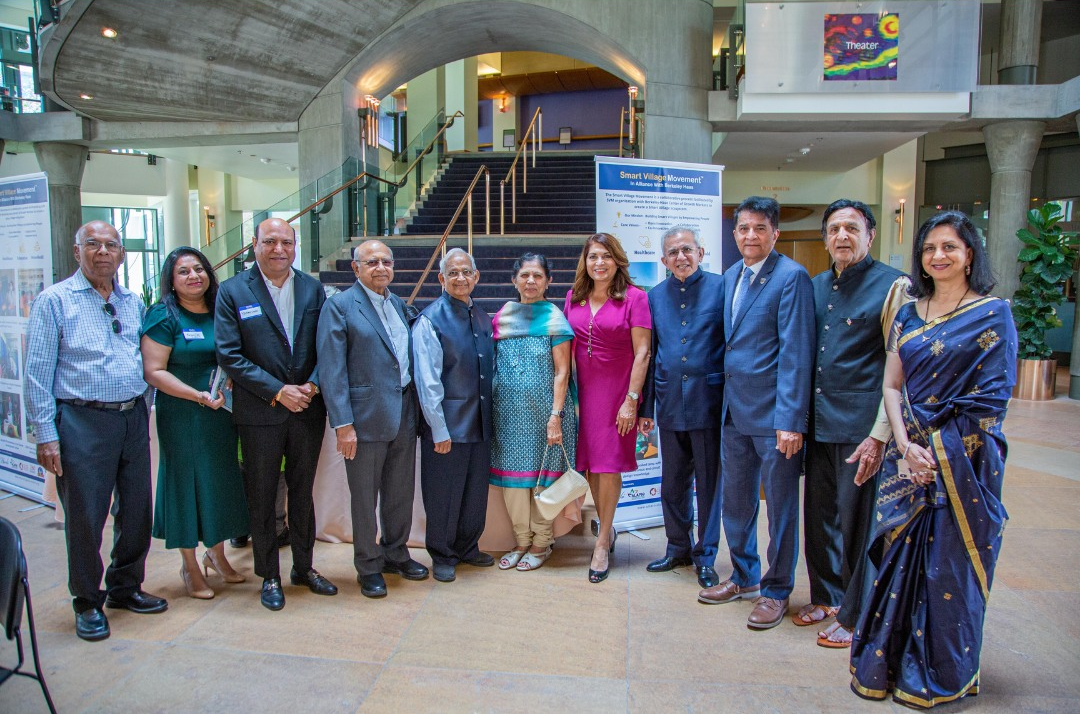 CERRITOS, CA – The Smart Village Movement in its first fundraiser in Southern California, raised $680,000 at a luncheon hosted here at the Cerritos Performing Arts Center on June 18 in alliance with UC Berkeley Haas School of Business, a press release said. Among the major supporters were Rika & Manu ShahAt the event, the Smart Village Movement team spoke about their model of socio-economic development and the impact of their successful pilot projects in Northeast India. Chairman Dr. Anil Shah also spoke of upcoming projects like STEM hubs in rural schools, healthcare centers and farmer support systems, among the other things the group was aiming to support and nurture in rural India. “Our mission is to empower rural people through digital technologies and open innovation platforms to access global markets,” he said.Shah was given plaques of appreciation by CA Assemblymember Sharon Quirk-Silva; and from Rajendra Vora on behalf of CA Assemblymember Richard Bloom and the City of Beverly Hills.Vandana Tilak, CEO of Jupiter 360 expressed the importance of sustainable giving and how SVM successfully integrates various government, corporate and academic resources to solve rural challenges. Dr. Satpal Singh Kohli Ambassador for Sikh religion in the US emphasized the importance of providing education to underserved children as the most important way to bring progress.Attendees also enjoyed a talk on “Unleash the Power of your Subconscious Mind” by Dr. Jitendra Adhia from Ahmedabad and musical entertainment by Nauzad Sadry and Raahul Jatin.Smart Village Movement is a 501c3 registered nonprofit that executes a sustainable and scalable model of development. The program was conceived in 2016 at the Center for Growth Markets at Berkeley-Haas.