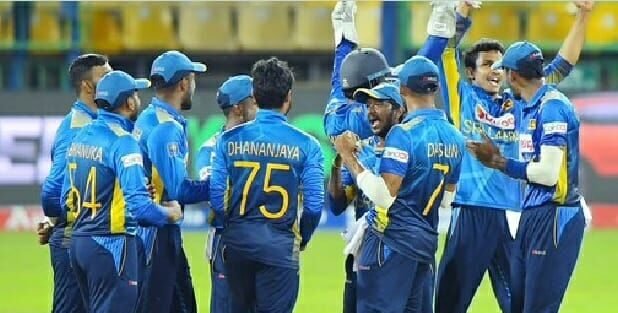 It was Sri Lanka’s first win over India in a bilateral series game in nine years and 10 matches.

India, having already won the series India 2-1, debuted five players. But after opting to bat first, India was bowled out for 225 in the 44th over.

The game was shortened to 47 overs each after nearly 90 minutes were lost due to rain during India’s innings. Sri Lanka had to score 227 under the Duckworth/Lewis rules and reached 227-7 with 11 overs to spare.

Opening batsman Fernando made 76 off 98 deliveries and was sixth out, 13 runs short of the target. His fifth career half-century included four boundaries and a six.

Rajapaksa hit 12 boundaries in his 65, his maiden ODI half-century off 56 deliveries. He and Fernando combined for 109 for the second wicket.

But when Rajapaksa was out to a sliding catch by Krishnappa Gowtham, Sri Lanka lost a flurry of wickets.

Legspinner Rahul Chahar, in his first ODI, took 3-54 including Fernando, but the latter had the win set up.

Opener Prithvi Shaw top scored with 49. Sanju Samson (46) and Suryakumar Yadav (40) also made good starts but India suffered after being 157-3 to be all out 19 overs later.