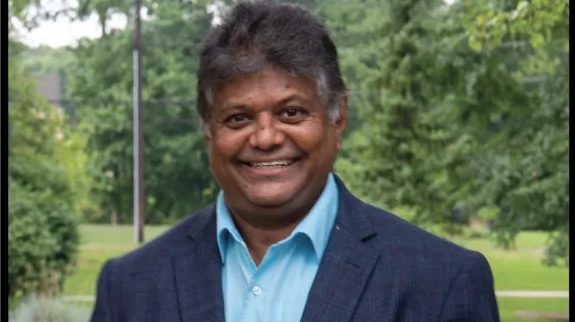 Stanley won the seat in the State Assembly for District 18, which consists of East Brunswick, Edison, Helmetta, Highland Park, Metuchen, South Plainfield, and South River. He was sworn into office in January following an internal election by the Middlesex County Democratic Organization.

Stanley replaces Nancy J. Pinkin, also a Democrat from East Brunswick, who was recently elected to the position of County Clerk for Middlesex.

Stanley’s seat on the East Brunswick Township Council remained open briefly until a replacement was selected by the local Democratic Committee, according to reports.

Stanley will run for this office in the general election in November. In the June 8 primary election, Stanley came in second, solidifying his spot in the general. He was a mere 100 votes shy of the primary winner, fellow Democrat Robert Karabinchak.

Stanley is the first South Asian from Middlesex County in the New Jersey General Assembly.

Stanley was born in India and immigrated to Brooklyn at a young age. For the last 21 years, he has called East Brunswick home where he has been working in the finance industry as a title and life insurance agent and a mortgage broker, a TapInto report said.

“It is a true privilege to represent the people of District 18 and the State of New Jersey,” Stanley said in the report. “I am committed to serving the residents, and I look forward to working with my Assembly colleagues to best address the needs of this wonderful, diverse district and state. It is important, to me to ensure all voices are heard so that we can work together in harmony and maintain a strong, united community.”

Following his swearing-in, the new assemblyman said, “From the outset, I’ve emphasized the importance of listening to and learning from one another. We are living in a time of extreme and daunting challenges. The best way to implement necessary, complex solutions and to combat the divisions that often plague our society is to work tirelessly to understand one another’s viewpoints and engage in a substantive and nuanced discussion.

“I am ready to begin the work ahead, together.”