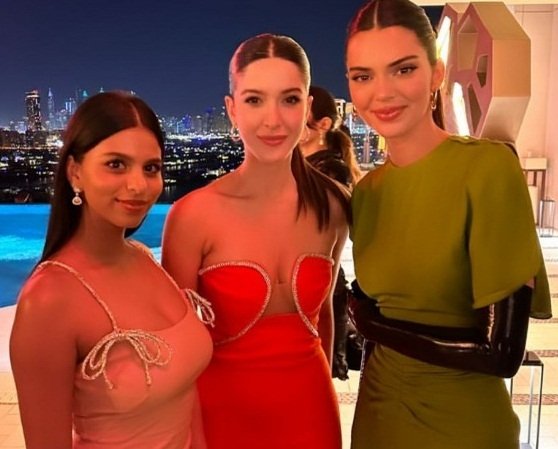 MUMBAI, (IANS) – Bollywood superstar Shah Rukh Khan’s daughter Suhana and her friend Shanaya Kapoor, who will make their debut in acting, posed for a picture with Reality TV star and supermodel Kendall Jenner in Dubai.

Shanaya shared the pictures of the three of them.

Kendall was dressed in an olive-green dress and all three of them smiled at the camera as they posed.

On the acting front, Suhana will be seen in Zoya Akhtar’s ‘The Archies’ for Netflix.

Shanaya Kapoor will be seen in ‘Bedhadak’, with Gurfateh Pirzada and Lakshya Lalwani. The film is being produced by Dharma Productions.