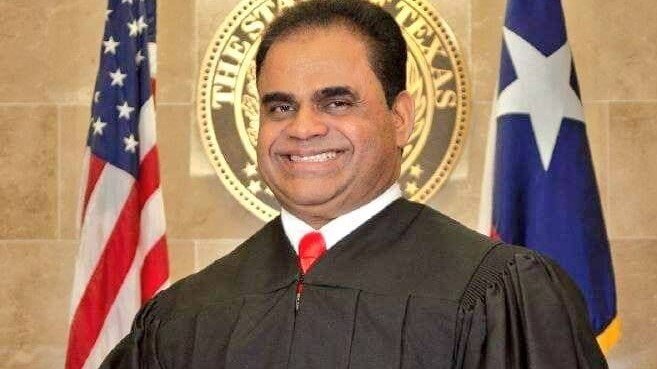 HOUSTON — Several South Texas school districts along with the state’s most populous county won temporary legal victories Aug. 13 as they seek to override Gov. Greg Abbott’s ban on mask mandates, which they argued is making the COVID-19 pandemic worse, the Associated Press reported.

After a two-hour hearing in Travis County, a judge granted temporary restraining orders to Harris County and the South Texas school districts, including Brownsville, La Joya and Edinburg, allowing them to keep mask mandates they have put in place in defiance of Abbott’s executive order.

Harris County and the South Texas school districts are part of a group of cities, counties and school districts from around the state who have sued Abbott in the wake of a dramatic rise in COVID-19 hospitalizations around the state due to the highly contagious Delta variant. They have sought to put the mandates in place as students — many who are still too young to be vaccinated — return to classroom instruction this month.

“The governor, not some county judge, not some school board member, is the leader, the focal point of the state’s response to a statewide emergency,” Todd Dickerson, a lawyer with the Texas Attorney General’s Office, said during the hearing.

But Harris County Attorney Christian Menefee argued Abbott was not fulfilling his duty to protect Texans as he was preventing local communities from taking measures to protect their residents.

“The governor cannot use executive orders in a way that demonstrably makes the disaster worse,” Menefee said.

Benjamin Dower, another lawyer with the Texas Attorney General’s Office, said school districts don’t have the authority to ignore state law and that Abbott’s executive order was the same as state law.

Abbott’s executive order doesn’t prevent anyone from wearing a mask but restores “the ability of individuals to make that decision for themselves and their children,” Dower said.

In describing the current state of the pandemic in Texas, Dower said, “We are transitioning out of the worst of it.”

David Campbell, an attorney representing the South Texas school districts, said when Abbott did issue a mask mandate in July 2020, during last year’s summer surge, the state had fewer hospitalizations, between 6,000 and 7,000.

Before she granted the temporary restraining orders, state District Judge Jan Soifer said she was troubled that Abbott’s executive order was “prohibiting a requirement that the schools and the local authorities and the people who generally Texas relies on to make decisions for its citizens think are necessary.”

But the legal victories by the Texas counties and school districts might be short lived.

The lawsuits were expected to end up before the all-Republican Texas Supreme Court, which has often ruled in favor of Abbott.

India-West Staff Reporter adds: According to an abc13.com report, Fort Bend County Judge KP George said Aug. 11 he has filed a lawsuit that will challenge Abbott’s executive orders on COVID-19 protocols, which includes his ban on mask mandates.

“I’ll do all I can to protect the public health and the people of Fort Bend County,” the Indian American judge wrote on Twitter. “I hope others will join me in following the science and listening to local doctors and the CDC to act swiftly and decisively.”

George also announced that he raised the county’s COVID threat level from orange “significant” to red “severe,” according to the report.

In a series of tweets, the county judge has been vocal about his support for the use of masks, particularly in schools.

Communityimpact.com reported Aug. 11 that George announced he was reinstating a mask mandate in all county buildings, including public schools.

“We are taking this action to stand up and do the right thing to protect our children, our educators, our employees and all members of our community,” George said at an Aug. 11 news conference.