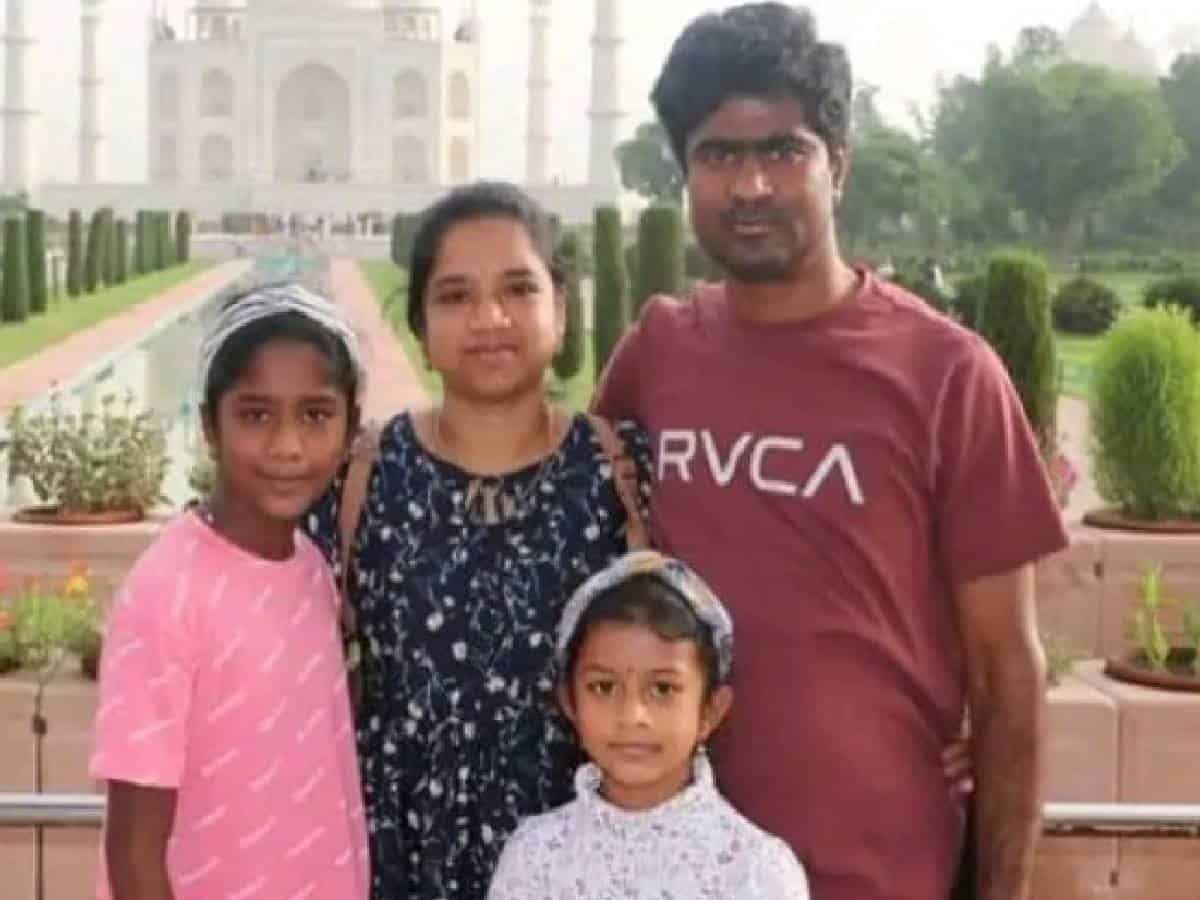 PHOENIX, AZ (IANS) – A couple from Andhra Pradesh drowned after falling through the ice while walking on a frozen lake.

Gokul Mediseti, 47, and a husband-wife couple Narayana Muddana, 40, and Haritha Muddana, 36, were killed in the tragedy on December 26 as they walked on Woods Canyon Lake in Coconino County.

The couple, who had been living in Arizona for seven years, had gone to the lake along with their daughters Pujitha (12) and Harshitha (10).

While clicking photographs of the lake, the ice collapsed, and the couple drowned.

The children, who were on the shore, are safe.

Emergency Disaster Teams launched a rescue operation. The body of Haritha was found the same day while the body of her husband was recovered the next day.

Meanwhile, in Guntur, Narayana’s father Venkata Subba Rao and mother Venkata Ratnam were inconsolable. The father said they had spoken to Narayana a day earlier and enquired about his well-being in view of the winter storm in the US.

He, however, told his parents that there is not much impact in their area, adding that they were going on vacation.