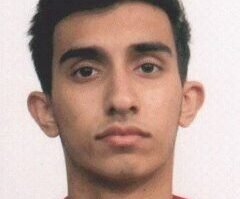 Nikhil Kumar, participating in his first Olympics in Tokyo, won two rounds to advance to the final 48 in the Men’s Singles table tennis event, but was defeated July 25 evening at the Tokyo Metropolitan Gymnasium by Anton Kaellberg of Sweden, according to a teamusa.org report.

Kumar, an 18-year-old Indian American table tennis player from northern California, was not able to successfully challenge the up-and-coming 23-year-old Swedish pro, who won the Second Round best-of-seven match in four straight games (11-7, 11-5, 11-6, 11-5).

Kumar fell behind early in Game One and never seemed to get fully on track, although he did rack up four points in a row in that game to get to 7-8 before Kaellberg pulled away. By the third game, it was clear that Kaellberg was in command of his game and control of the match, running off the game’s first six points before Kumar broke through, said the report. In the final game, Kumar grabbed his first lead of the match by taking the first three points (3-0), but Kaellberg never seemed in trouble, as he took six of the final seven points of Game Four to close out the young American.

Although Kumar is now eliminated from the Men’s Singles competition, he will get another shot when the United States takes on Sweden in the Round of Sixteen for the Team Event in table tennis, which is scheduled for Aug. 1.