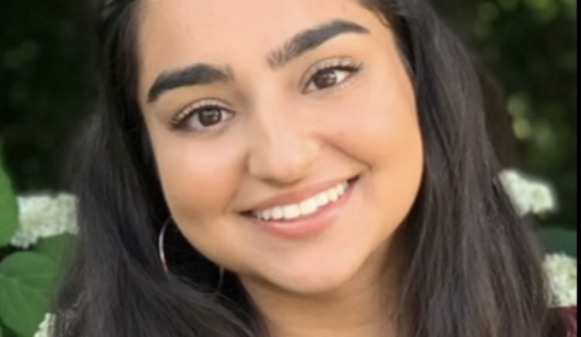 These 19 outstanding Asian American and Pacific Islander students—15 graduating high school seniors, 4 rising college seniors—are the first in their immediate families to attend college, according to the news release.

Bajwa is a rising senior at the School of Foreign Service at Georgetown University. She will be majoring in Culture and Politics with a concentration in International Law and Civil Rights and double minoring in Spanish and Justice and Peace Studies.

Born into an Indian Punjabi family in Washington, she has worked hard to keep in touch with her culture and faith while also navigating her place in society as a first-generation Punjabi American.

Upon coming to Georgetown University, she established a Sikh Student Association on campus to help create a space for Sikh Americans to find community.

She continued her work with the Sikh community by getting involved with United Sikh Movement as the first coordinator on the East Coast, helping the organization expand their outreach to Sikh students.

She aspires to become an international human rights lawyer one day to continue using her voice to advocate for her community and marginalized communities around the world.

Tailor is a soon-to-be freshman at the University of California Los Angeles. Born in Chicago, she moved to Las Vegas at the age of 11.

She is the only daughter of her small immigrant family from Gujarat, India. At school, she is a member of the International Baccalaureate program and the vice president of the Literature Appreciation Society, her bio notes.

At UCLA, she will be studying Linguistics and Computer Science. These two fields have always played a big role her entire life, her bio notes.

Since she is the only one in her family with a formal education, she has the responsibility of acting as a translator and a personal IT assistant.

“Coming from a low-income background, I understand the difficulties many first and second-generation low-income immigrants face when it comes to successfully navigating life in a city that doesn’t speak their language. Through college and beyond, I hope to work towards a change and help close this language gap between all peoples,” she said in the bio.

Outside of school, she says she loves to work with her community, whether it be volunteering for the City of Henderson or tutoring local high school students in math. She is also very close with the Indian American community in Las Vegas. She has trained in Indian classical vocal and harmonium performance and is always excited to perform at cultural events, her bio noted.