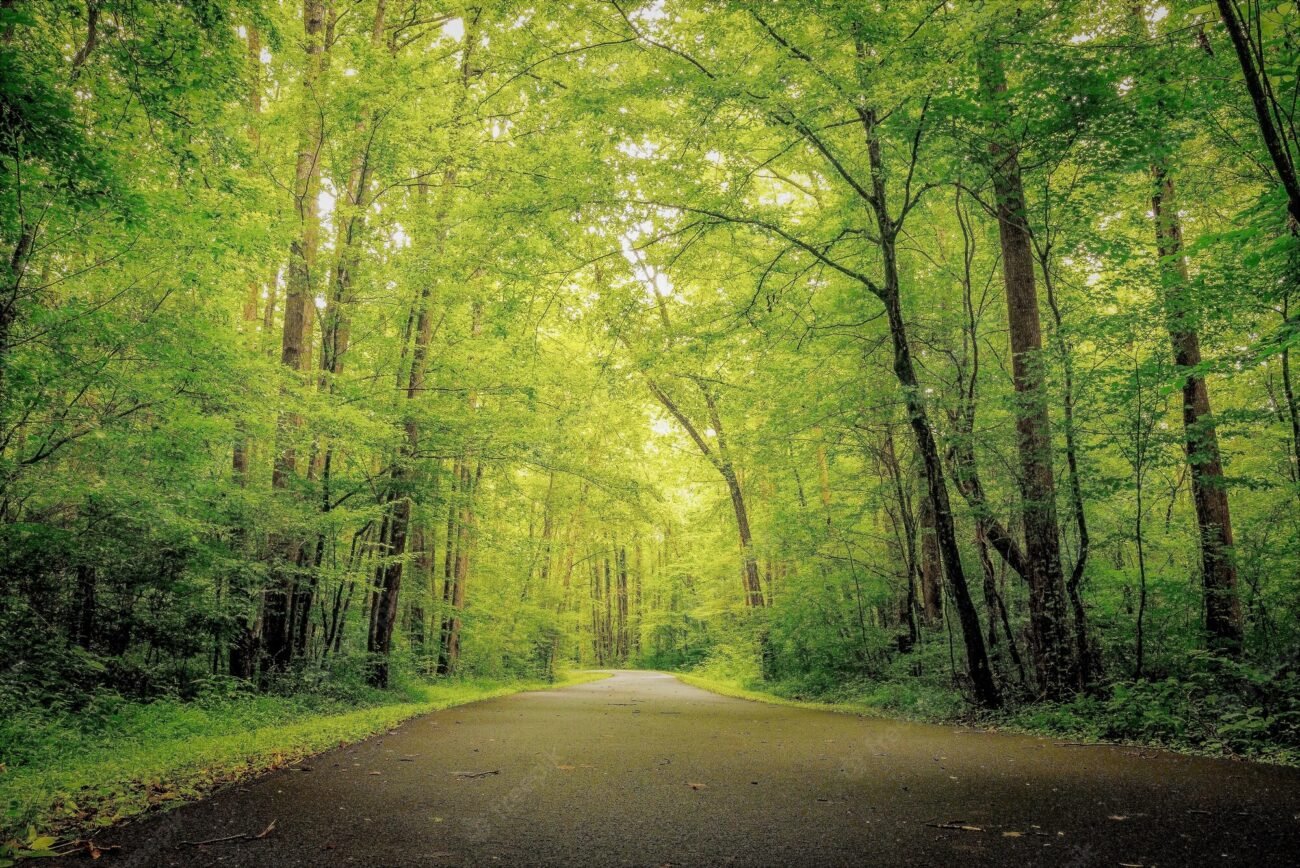 India’s heritage of respecting nature stems from the concept of worship of Goddess Vandevi, an avatar of Goddess Parvati, consort of Lord Shiva, one in the trio of the Hindu pantheon. Parvati is a representation of the powerful Mahashakti or superpower which is the ultimate binding force of the universe. Neither can be angered as the destruction of the universe is certain.

Interpreted correctly it means if the universe goes into imbalance or nature is destroyed it invokes anger and the Tandav dance of destruction begins rocking heaven and earth with immeasurable misfortune. All life forms cry out invoking the intervention of the Gods with a plea to save the world. In the Hindu pantheon, all the dwellers of heaven, earth and the underworld turn to Lord Shiva to placate and persuade him to end the dance of destruction and restore life that survives.

All ancient cultures were sun, nature, and animal worshippers in degrees. Temples of the old-world show animals adorning the entrances and holy stones adorned with animal carvings. In their own way, each recognised the importance of living forms and nature ascribing qualities. Plant and animal products were used for medical treatment and healing, and certain sects used intoxicants to help reach higher planes of meditation and communion with God as part of rituals.

Countries with over 33% green cover of their land mass, and pristine waterlines, wetlands and seashores are blessed as life will be nurtured in these cradles. Many countries in Europe and other continents have succeeded in preserving their wild areas and forests. Estuaries and mangroves are the nurseries for sea life as many fish and crustacean species lay their eggs in these sheltered places where the young develop before they return to the sea. Protection of wetlands thus assumes importance and they provide support to wildlife along with the large tracts of forests.

With human civilisation came agriculture and destruction of forests and natural grasslands for much needed land. Water sustains life which meant creating lakes by putting up dams. Large, interconnected forest tracts were isolated with cities, rail lines and roads separating them. The natural movement and migration of species was hampered and halted in water and on land causing silent extinction of species, unlike the visible and publicised hunting, trapping, and overfishing. Salmon and other sea creatures that sought its birth ground to lay eggs could not do so as they had been dammed or recovered with filling of the lands for construction. The protection of interconnected tracts of green belts allows bio-migration and diversity to flourish which strengthens the ecosystem with direct beneficial effect on water, air, soil moisture, humidity, and condensation, all of which keeps an ecosystem alive. Monoculture cropping and fruit plantations have proven to be harmful to bio-diversity and its effect on soil bio-organisms and species diversity has adversely affected pollination causing decline in yields. Inorganic fertilisers, hormones, coloured light, radiation, and pesticides have contaminated and even poisoned potable groundwater just like excessive industrialisation and city waste generation have damaged air, soil and water.

There is a need to invest in grassroots and primary level on basics of forests, nature parks, biodiversity hotspots, clean and green personal habits beyond slogans like “Cleanliness is next only to Godliness”. The positive action on personal hygiene must extend to reduced waste generation, reduction in dependency on petroleum derivatives like plastics, artificial rubber compounds, and excessive use of glass and replacement with bio-derivatives.

First and foremost, a 1 percent levy on corporate revenue for a national and 1 percent to state taxes must be legislated. Alternatively, a percentage of the tax revenue be set aside for a national fund for regenerative forestry and biodiversity plan.

Recycling must be inculcated in organised from right from school-teacher training and projects for youngest of children like the Japanese do. Respect for cleanliness and nature is to be inculcated in pre-school itself. Games and toys for rebuilding forests must be included at the earliest for which toy designers and toymakers must be drafted with ecological experts and trade incentivised for marketing it. With digital transformation, gaming software producers must also be roped in. School-level competitions on nature must go beyond painting and essay writing competitions. A thinkers’ curriculum is needed.

Cities have large parks and city forests in recognition of their importance and allow people to connect to nature and their origins, despite politicians aiding and abetting land conversion, encroachment in name of development. Governments have often provided subsidised land for manufacturing, IT parks, and industrial and commercial complexes, which then raked in large amounts of profits for developers, promoters, and investors.

To offset the need for urbanisation and industrial development, corporates could still be given government land for a commitment to developing twice the land area as forests adjoining the town as alternatives. For project viability, this may be permitted in a stepped manner say starting 2-3 years of the company going operational or 5 years from land grant if the company chooses to delay developing it. The complete development commitment would extend up to 10 years with a defined tree density and biodiversity parameters as per geography. The lure to grab public land, or clear forests for marginal agriculture has eroded biodiversity all over. Artificial biodiversity parks can play an educative role but not reverse the loss of inherent diversity found in pristine wilderness which has achieved a balance of its own.

While the US with very low population density and newer civilisation had visionary individuals and lawmakers who started the national park conservation with the first being Yellowstone it was extended across the length, breadth, and diversity of terrain of the nation. Desert forests in southern states of Arizona and New Mexico is US and in Saudi Arabia and Gulf nations, to appreciate that what appears as infertile and inhospitable environs to the untrained eye teems with wildlife and serves as an animal corridor between the vast regions of Americas, and within the desert expanses of the Middle East which needs freshwater oasis for life to survive.

Similarly, seas and oceans are reserves of life and need the river estuaries and mangrove forests. Unfortunately to house the needs of a burgeoning upwardly mobile populace and the industries, large chunks along the coast have been reclaimed and “developed” by which numerous indigenous species have been lost forever. The third world countries with their burgeoning populace, poverty, illiteracy is harder hit to pursue conservation. With a rising sea level due to global warming and melting of icecaps, these areas will be inundated, and biodiversity lost unless adjoining higher lands are kept safe and available from now itself for coastlines and wetlands inching upwards along with sea levels.

The vision of our lawmakers is more needed today than ever with mass education of the millennials who are our immediate next generation. They must be roped into the government initiatives with digital means given the supposed short attention spans which require creative repetition of the underlying conservation message.

Implementing wildlife corridors and underpasses under road and rail networks have added value to animal movement and migration with lower casualties. Lesser overhead electrical cables lessen the health hazard to humans who live below them and the birds that use the air corridors and are seemingly affected by the radiation and hum of high voltage wires. Even so-called developed nations made the same mistakes as the third world nations are doing, only much earlier in the cycle driven by human greed. The toxic waste dumps of industrialisation and urbanisation created unusually high cancer and bone diseases on communities that were settled on it as did the residents living under high tension electrical wires. A lot has changed since. Internet through electric lines may be considered to avoid excessive cabling and DTH to reduce airwave pollution or beaming it from satellites rather than a chain of microwave towers. Only future studies will show how they harmed us.

The greatness of developed nations is not just that they have money and built orderly communities with supportive infrastructure. It is their futuristic vision and concerted action towards what they understand to be good that set it apart, despite mistakes along their development journey. Their vision included building a network of large highways and country roads through scenic areas and laid basic infrastructure alongside for future habitation. They had identified waste product burial sites and exported waste to countries that were better at recycling it than themselves. A key differentiator was the people’s attitude and inclination for introspection along with root cause analysis and taking corrective action which is worthy of emulation as is regulatory oversight, public watchdogs, and monitoring by elected representatives and congressional committees.

Wood logging was a major activity, but soon it was supplemented with regenerative forestry even though monoculture crops or trees is not environment friendly, so vast tracts of wilderness were reserved for biodiversity from the plains to the mountain tops. In the case of India, the ancient Aravalli, Vindhyachal, sub-Himalayan Dhaulagiri and the entire Himalayan range falling in India, Western and Eastern ghats right up to southern tips, sections of beaches, and seashore need to be left pristine and untouched by tourism. Rotational access for eco-tourism in wildlife areas by sections must be planned, say 10-year periods alternating access with moratoriums for the forest to regenerate during which reducing non-native species under the guidance of botanical and forestry experts to allow native species to regenerate and establish must be carried out. This will promote native plants, insects, and animals to flourish to complete indigenous species’ biocycle while preserving and promoting biodiversity.

A policy to allow shifting of individual trees from private property and residential areas at a fee based on trunk circumference and height by local civic bodies be provisioned for all metro regions. The relocated trees can be replanted in city forests or parks nearby and continue to provide green cover and associated benefits to air quality. In addition, a name plaque can be installed on the trunk stating the donor’s name and locality as a consolation. A tiered incentive structure based on tree girth for those maintaining living trees within their compounds and on pavements within 4-6 feet of their official boundary walls on yearly basis for encouraging greening efforts will go a long way towards education and conservation. To avoid cash outgo a tax rebate at federal/central, state, and municipal or village level will work.