HomeFrom our readersUSCRIF Report on India: Little More Than a Hatchet Job 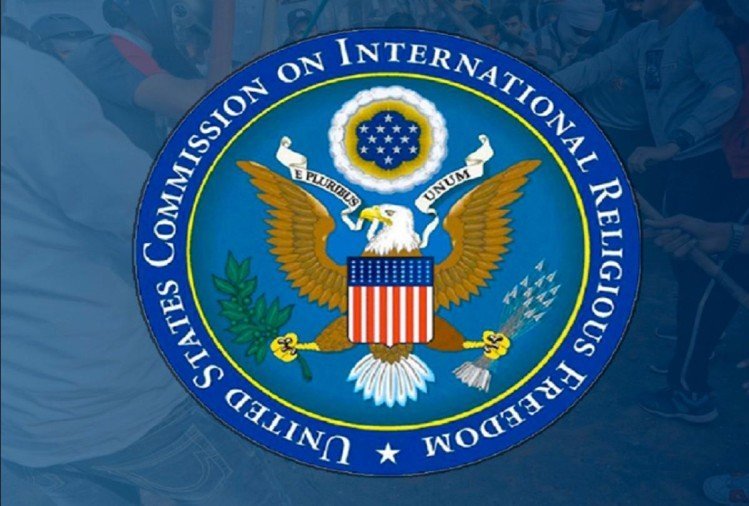 Recently, the U.S. Commission on International Religious Freedom (USCIRF) Report has falsely attacked India for curbing the religious freedom of its minorities. It has recommended placing India on the ‘blacklist’ as a “Country of Particular Concern,” a practice that began in 2020.

The UCIRF Report is nothing but a propaganda piece. The report has little credibility in view of the continued outsourcing of USCIRF’s research to Hinduphobic special interest groups.

See the reactions of all these organizations:

Ajay Shah, President of the US-based Hindu Policy Research and Advocacy Collective said, “The current USCIRF report and its recommendations on India are propaganda narratives provided by Jamaat-e-Islami linked groups. It failed to include the brutal killings of Hindus in West Bengal, Rajasthan, and Kerala and disregarded India’s welcome of Sikh minority refugees from Afghanistan after the takeover by Islamist Taliban, and falsely projected India’s farm bills as a religious issue for Sikhs.”

Sukhi Chahal, Chief Editor of ‘Khalsa Today’, a U.S. Global Sikh Advocacy group criticized the report stating, “Anti-India forces and Khalistani elements from abroad had openly declared rewards in U.S. dollars to create disruptions in India via the farmers’ protests. Instead of acknowledging that Khalistani terrorists had infiltrated the farmers’ protest, the USCRIF report falsely projected that the Indian government had discredited all Sikh farmers as terrorists.”

Khanderao Kand, Director of the Foundation for India and Indian Diaspora Studies a US based policy research and awareness group, stated, “The report is extremely biased in its inclusions and in its omissions, fueled by an anti-India campaign in the U.S. Instead of recognizing that India’s Citizenship Amendment Act gives citizenship to religious minorities who had to flee from Pakistan, Afghanistan, and Bangladesh, it has wrongly projected it as an act that takes away citizenship,” said Kand. “It also falsely projected India’s National Registry of Citizenship roster as a violation, although this is a frequent practice in all democratic nations,” said Kand. “It wrongly blamed India for its handling procedures for COVID vaccinations and treatments by citing questionable surveys,” he further stated.

Jeevan Zutshi, founding member of the U.S. based Global Kashmiri Pandit Diaspora expressed his anguish at the report because it failed to acknowledge the attacks on Kashmiri Hindus. “It’s disappointing that the report only quoted Muslims from Kashmir but ignored the plight of us Hindu Kashmiris (Pundits) who were either forced out of Kashmir or murdered,” said Zutshi. “The report also failed to acknowledge that the situation in Kashmir has normalized after the abolition of Article 370,” stated Zutshi.

Priya Saha, Editor of the U.S. based ‘Dalit Kantha & Bangladesh Journal,’ stated, “The report is a contradiction to India’s humanitarian credentials as 90% of my extended family, and most of the Indigenous people from Bangladesh have taken refuge in India to save their lives from Jihadis.”

Professor Yash Pathak, a US-based Fulbright scholar, stated, “Ignorance about reality and vested interests are the basis for this Report. The USCRIF should do an unbiased report and be above vested interests.” Chandru Acharya, President, “South Asian American Voices for Impact” has stated, “The USCRIF Report provides a one-sided and biased narrative about religious freedom in India, making exaggerated claims, designed to fuel an eco-system of fear and hate. The report lacks authenticity and attempts to brand most of the peace-loving and pluralistic Hindus as extremists.”

The USCRIF report also ignored a new Pew Research Center report on “Religion in India: Tolerance and Segregation” which examined the religious identity, nationalism, and religious tolerance in Indian society. Its key finding was that 89% of Muslims felt free to practice their religion, as did 91% of Hindus, 89% of Christians, 82% of Sikhs, 93% of Buddhists, 85% of Jains, and 91% of the overall Indian population. Of note, the Muslim population of post-partition India has increased by 50% over the past 75 years, now making Muslims the second-largest majority in India (10% in 1947 to 15% now). On the contrary, the Hindu and Sikh populations in post-partition Pakistan have dwindled down to under 3% from 10% in 1947, attributed to Pakistan’s ongoing genocide and the forced conversions of its minorities.

The USCIRF owes an apology to India and Hindu-Americans for hurting Hindu sentiment with this biased Report. However, given the sustained anti-India posture of this agency, one would be wise to not hold one’s breath.