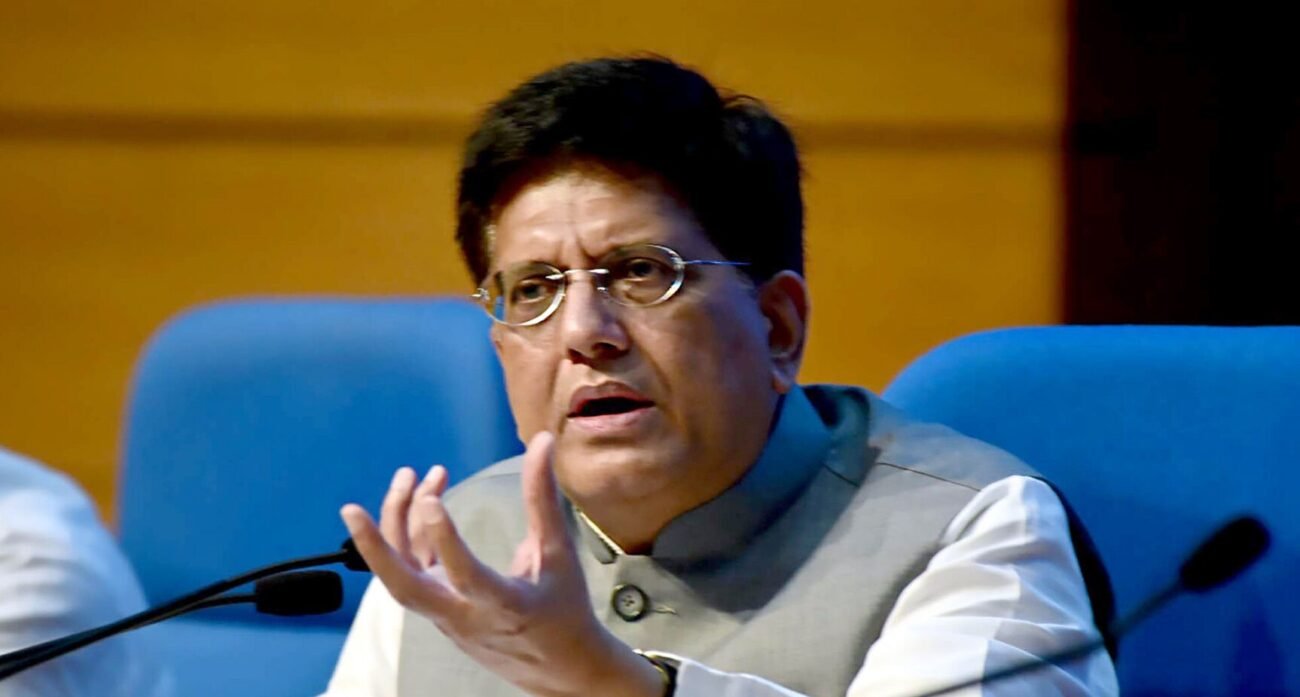 Addressing the USISPF Summit virtually, Union Minister of Commerce Piyush Goyal said, “India and the U.S. can be two countries which should be looking at a balance mutual trade of a trillion dollars in the next 10 years.” (ANI file photo)

“I’m going to find ways for Congress to continue promoting our two countries’ mutual defense, including working with QUAD members,” the top Democrat leader said in his address.

“America is a whole lot better off because of the long strong and crucial friendship between India and the United States,” Schumer said Sept. 29.

The Democrat leader declared that he will use his ‘clout’ to make sure that America and India stay close together. “We will create new opportunities in this century to prosper together, and that Indian Americans are given the full benefits of life in America free of discrimination,” Schumer affirmed.

Schumer insisted that the two democracies must continue to strengthen and cooperate on economic ties. “This means Congress must find opportunities to invest in the industries critical to both our countries from biotech and semiconductors and information technology. These are good-paying jobs that strengthen both economies, but we also must work to break new grounds on the technologies that will shape life in the 21st century,” he asserted.

Without naming China, Schumer said “rivals” around the world are investing in technologies like artificial intelligence, 5G, cybersecurity and how the U.S. and India need to beat self-rule and countries that do not value democracy.

“I’m proud to say that a few months ago, the Senate passed bipartisan legislation that I put together and that will pass through the Senate that would make historic investments in these technologies, and at the same time using those investments to bring our two countries closer together,” the Senate leader added.

Besides strengthening economic ties, Schumer also stressed how the two countries need to work together on common defense.

“At a time when the forces of authoritarianism, are making inroads across the world. It’s vital that India and the U.S., the two large prosperous growing democracies, keep working together to stand up and proudly defend the right of all people to freedom and to equality.”

Referring to the 9/11 and 26/11 terror attacks, Schumer in his address said the U.S. and India have supported one another in the shared battle against terrorism. “India, you were there for us in the U.S. and New York. When we were attacked on 9/11, and we likewise stood by our Indian allies when they were struck by the tragedy in Mumbai.”

Touching upon issues like hate and bigotry, Schumer said that discrimination against Indian Americans is still not defeated. “I was so proud to stand arm in arm with the Indian American community and so many others and I made sure as Majority Leader, to pass the anti-Asian hate crimes bill this year in the Congress. But no matter how you slice it, hate and discrimination or un-American bigotry against one is bigotry against all,” Schumer added.

Schumer, the leader of Senate Democrats from New York, said that Indian Americans directly influence and enrich his home state. “The Indian American community embodies what the American dream has always been about, of coming to the country, working hard, and when you work hard you help yourselves, you build a better life for your children, but you also enrich New York, and our country,” he said.

While concluding his remarks, Schumer said that he will continue to forge policies that ensure a rational and steady stream of legal immigration, as well as student visas.

Expressing India’s willingness to expand economic relations with the U.S., Union Minister of Commerce Piyush Goyal said New Delhi is ready to extend its trade ties with Washington in the spirit of reciprocity and equality.

Addressing the USISPF Summit virtually, Goyal said, “India and the U.S. can be two countries which should be looking at a balance mutual trade of a trillion dollars in the next 10 years.” “And unless you keep some very ambitious targets we will never get that.”

Underlining the importance of India-U.S. ties, Goyal said that both countries have come a long way and are natural and indispensable partners and both need to work together.

Goyal said a lot of effort was made in his one and a half years and various officials were involved in the discussions, but unfortunately, the previous discussions with the U.S. could not result in a trade deal.

“We had actually concluded discussion maybe three or four times but would always get stuck somewhere in the red tape and for a change, India was not responsible,” he added.

Stressing his personal interest in the deal, he stressed that “we were always forthcoming. I personally invested a lot of my time in trying to make it happen including meeting with your medical devices companies on four or five occasions both in India, in Washington and New York.”

Underlining his attempts, Goyal further stressed, “So I made a sincere effort. Unfortunately, it didn’t work out.”

He hoped now this would happen with the closeness that Quad has created among the four countries.

Further, Goyal mentioned India’s FTA with Japan and progressing negotiations towards a comprehensive economic partnership with Australia. He stressed that “now it’s left to the U.S. to engage in a much bigger way.”

During the address at the USISPF, Goyal urged the American side to also impress this fact upon their administration.

“I am happy to look at a trillion-dollar target in the next 10 years. I am happy to engage with the U.S. and look for expanding our economic partnership so then all four members of the Quad would have strong economic ties with each other,” Goyal added.