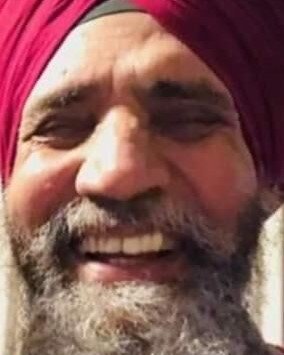 OGDEN, Utah – A Utah teenager has been sentenced in the death of an Indian American grocery store owner fatally shot during an attempted robbery.

Satnam Singh was beloved by his customers and neighbors and was working that night because he picked up a shift of one of his employees, the Standard-Examiner reported.

“He was known for helping people in need. He offered advice. He cared about their lives,” victims’ rights attorney Heidi Nestel said.

Antonio Gianny Garcia, 16, pleaded guilty to felony illegal discharge of a firearm and aggravated robbery in Singh’s death as part of a deal with prosecutors. He got two sentences of five years to life, to be served consecutively. Though the teenager’s case moved through the adult court system, he will be held in the juvenile detention system until he turns 21, then get a parole hearing to determine his sentence in the adult system.

Prosecutor Letitia Toombs said she and all involved agreed to the plea bargain because it would give Garcia more of a chance to make amends. At a sentencing hearing Nov. 23, the teenager said he wants to eventually prove he can change.

“I am sorry for all the pain and suffering I have caused,” Garcia said. “My intentions were not good (but) I never planned on taking the life of a good man.”

Charging documents said Garcia, 15 at the time, entered Super Grocery late the night of Feb. 28, pointed a gun at Singh, 65, and said “This is a stickup.” Singh moved away from the counter and Garcia fired four shots, hitting Singh three times.

Garcia later told police that when Singh moved away from the counter, he thought the shopkeeper was going for a gun and he “acted on instinct.”

Defense attorneys said Garcia’s father was deported when he was young and he was abused by a man who dated his mother. The teen had also used amphetamines the day of the shooting.

Singh’s wife and three daughters are still wrestling with his death and want to see a lengthy sentence, Nestel said.

His wife told her it’s “hard to breathe every day.”